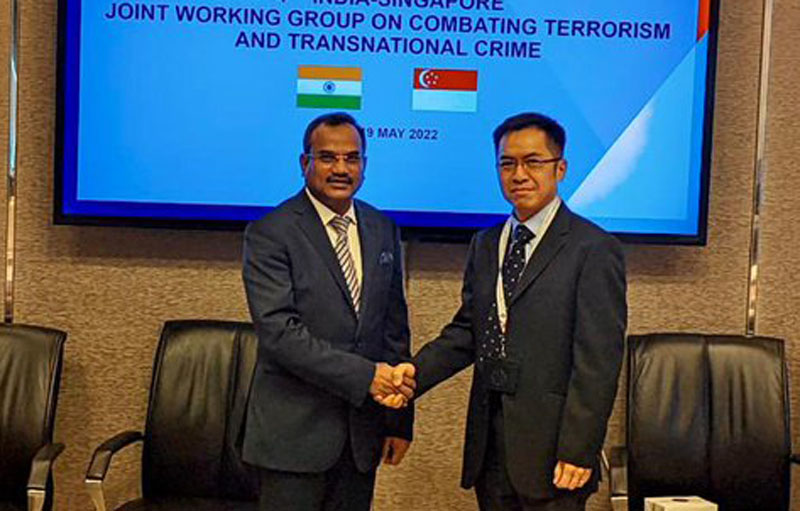 India, Singapore condemn terrorism in all its formats

Singapore: The 4th meeting of the Joint Working Group (JWG) on Combating Terrorism and Transnational Crime between India and Singapore was held in Singapore from 18 to 19 May where the two nations condemned terrorism in all its formats.

As strategic partners, India and Singapore strongly condemned terrorism in all its forms including cross border terrorism and stressed the need to enhance international cooperation to combat terrorism in a comprehensive manner, read the statement.

The JWG also emphasised that all countries must take immediate and sustained action to ensure that no territory under their control is used for terrorist attacks on others and agreed on the need to expeditiously bring perpetrators of such terror attacks to justice.

The JWG discussed contemporary counter-terrorism challenges, including cross border movement of terrorists, countering radicalisation, combating the financing of terrorism and tackling terrorist use of the internet.

It agreed to strengthen cooperation between Singapore and India in dealing with these challenges. The JWG also exchanged views on deepening cooperation in multilateral fora such as the UN, ASEAN and FATF.

India and Singapore are committed to further cooperation and collaboration between their respective agencies, particularly in the sphere of sharing of information and best practices, law enforcement and capacity building to counter terrorism and transnational crimes, MEA said in a statement.