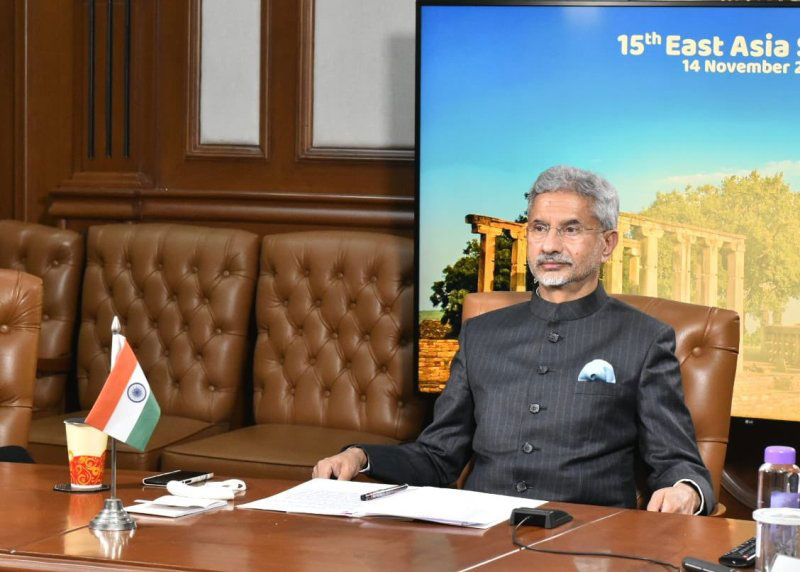 New Delhi: Foreign minsiter S Jaishankar has hit back at Rahul Gandhi, who quoting some unnamed European bureaucrats, commented that the Indian Foreign Service has completely changed and become arrogant.

Reacting sharply to the Congress leader's comment, Jaishankar said what was being termed as "arrogance" is "defending national interest"  and the "change" is "reflection of confidence".

"Yes, the Indian Foreign Service has changed. Yes, they follow the orders of the Government. Yes, they counter the arguments of others.

''No, it's not called Arrogance," Jaishankar said.

"It is called Confidence. And it is called defending National Interest (sic)," the minister said.

The Indian Foreign Service has changed & they follow the orders of the Government. They counter the arguments of others. It is not called arrogance but it is called confidence & defending National Interest: EAM S Jaishankar on Rahul Gandhi pic.twitter.com/1cz4STsgzO

Gandhi was speaking at an iteractive session at a conference themed 'Ideas for India' in London, where he slammed the BJP government at the Centre on multiple issues.
He said the "deep state" in India is active and gaining control of institutions. He also criticised the Indian Foreign Service.
"I was talking to some bureaucrats from Europe and they were saying that the Indian foreign service has completely changed, they do not listen to anything. They are arrogant... There is no conversation," he said.
Related Images