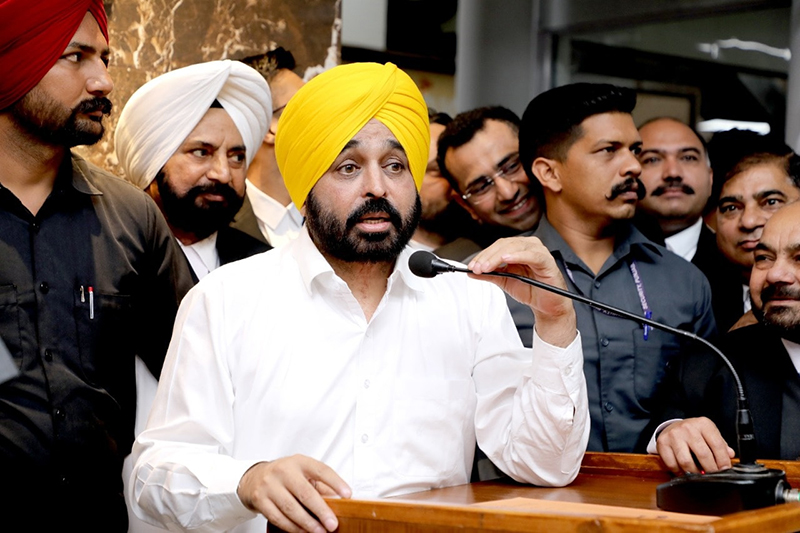 Bhagwant Mann to launch Mohalla Clinics in Punjab on Aug 15

Chandigarh/UNI: Punjab Chief Minister Bhagwant Mann on Friday announced that 75 Mohalla Clinics will be launched in the first phase on the 75th Independence Day, that is Aug 15 as part of efforts to provide excellent medical care in the state.

Chairing a meeting of senior officers here, the Chief Minister said his government would be fulfilling one of the major election promises by setting up clinics both in urban and rural areas on the pattern of Delhi.

Mann gave his nod to convert the non-functional Sewa Kendras across the state into Mohalla Clinics by refurbishing such complexes on a uniform pattern.

He directed the Principal Secretary, Public Works, to work out the modalities to spruce up the interiors of Sewa Kendras.

He suggested forming a cluster of five to six adjoining villages by establishing a Mohalla Clinic at a central location easily accessible to all. This would help in bringing a majority of people residing in rural areas within the ambit of Mohalla Clinics.

Meanwhile, the Secretary of Health and Family Welfare informed the Chief Minister about the already existing network of nearly 3,000 Sub-Centres in the rural areas being manned by trained para-medics headed by Community Health Officers.

Therefore, he mooted a proposal to convert these Sub-Centres also into Mohalla Clinics, thus widening its scope and outreach so that the maximum number of people residing in villages could benefit from the unique health care initiative.