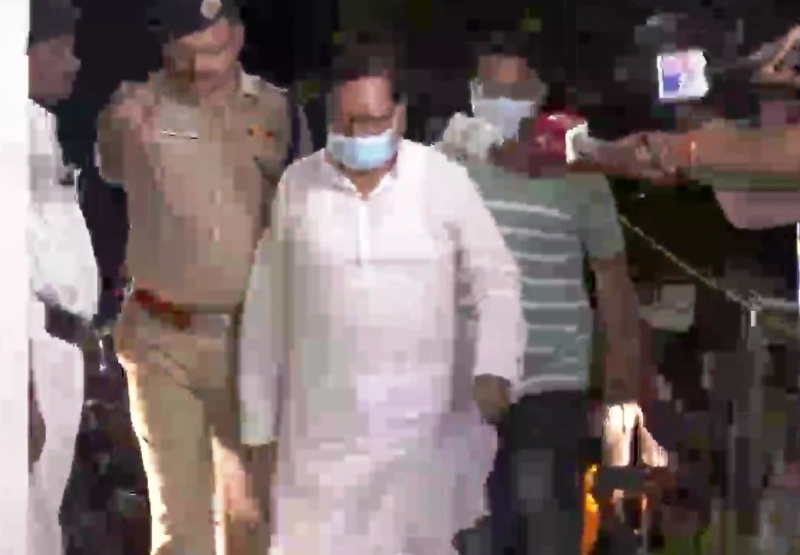 Kolkata/UNI: The Central Bureau of Investigation on Thursday quizzed West Bengal Minister of State for School Education Paresh Chandra Adhikari for about three hours in connection with the alleged illegal appointment of his daughter as a teacher in a government-sponsored school.

Earlier, Calcutta High Court ordered the Bidhannagar Police Commissionerate to be at the city airport this evening so that Adhikari could be escorted directly to the CBI office.

The CBI also filed an FIR against the minister and his daughter Ankita Adhikari for non-cooperation in the questioning following a high court order.

Single Bench judge Justice Abhijit Gangopadhyay, after hearing a petition filed by one Babita Sarkar, who alleged that the minister's daughter got a teaching job despite being below rank in the merit list, had asked the minister to appear before the CBI at Nizam Palace at 8 pm on Tuesday.

The minister, however, went incommunicado. He was seen taking a train on Tuesday from North Bengal and detraining in Burdhaman the next morning.

The judge again directed the minister to be at the CBI office by 3 pm on Thursday.

When the court was told that the minister was in Coochbehar and it would take time to report to the CBI office, the judge relaxed the timing.

The direction was issued to the minister when the court was told by the petitioner that she had secured 77 (marks) in the recruitment examination, the Minister's daughter had secured only 61.

Justice Gangopadhyay ordered the Police Commissioner of Bidhannagar Police Commissionerate to get in touch with the airport authorities so that as soon as Adhikari arrives at the city airport, he could be taken to the CBI office in the city.

"If Mr. Adhikari is not found in the said flight which will start from Bagdogra at 17:00 hours it will be treated as a hoax created to save himself from the Court and the CBI," Justice Gangopadhyay warned.

The court further observed that the matter will be dealt with appropriately if any violation of the Court's order takes place.

A woman job aspirant, who along with others sat on a dharna at Dharmatala, attempted to commit suicide in front of police on Thursday evening.