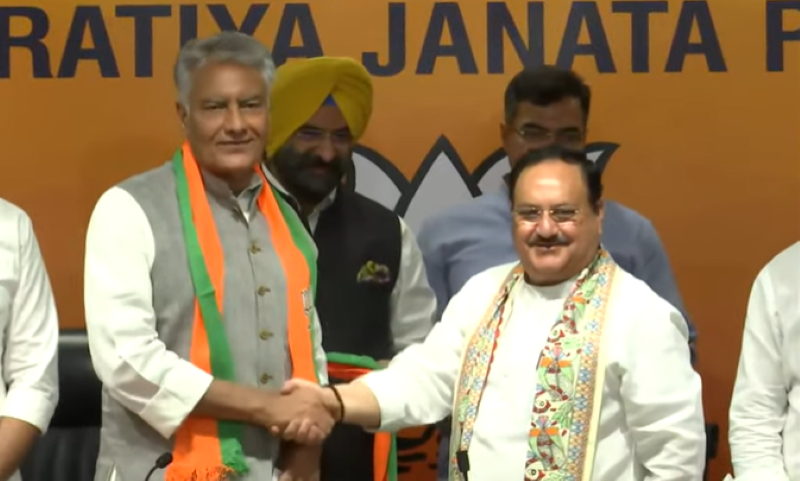 Jakhar had earlier resigned from the Congress, which was routed in the recent state elections.

"It is not easy to sever 50-year ties with a party. Three generations of my family were with the Congress," Jakhar, who was a key Congress leader, said, joining the BJP.

"One can put a ban on me but can't silence me," added Jakhar, slamming the Congress.

Prior to the state elections, former Punjab Chief Minister and then Congress strongman Captain Amarinder Singh had quit the party, formed his own outfit and allied with the BJP.

Though the BJP and Singh could not gain much in the elections, the Congress was decimated by the Aam Aadmi Party (AAP), which won 92 of 117 assembly elections to storm into power for the first time.