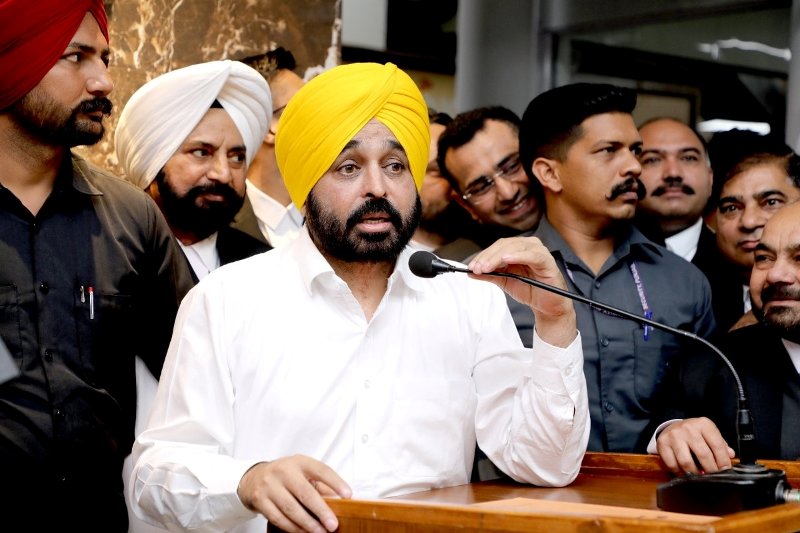 Chandigarh/IBNS: Punjab Chief Minister Bhagwant Mann has expressed disapproval over the agitation by the farmers of his state and called it unwarranted and undesirable.

However, the CM said he is ready for talks.

Punjab farmers resorted to a protest near the Chandigarh-Mohali border on Tuesday after being stopped from heading to the state capital to demand a bonus on wheat crop and allow paddy sowing by the government from June 10.

The government has asked farmers not to go for paddy transplantation till 18 June.

Mann said he is open to talks with farmers but protests cannot break his resolve to check further depletion of groundwater.

"They have a democratic right to hold a dharna but they should tell their issues," said Mann while talking to reporters after returning from Delhi.