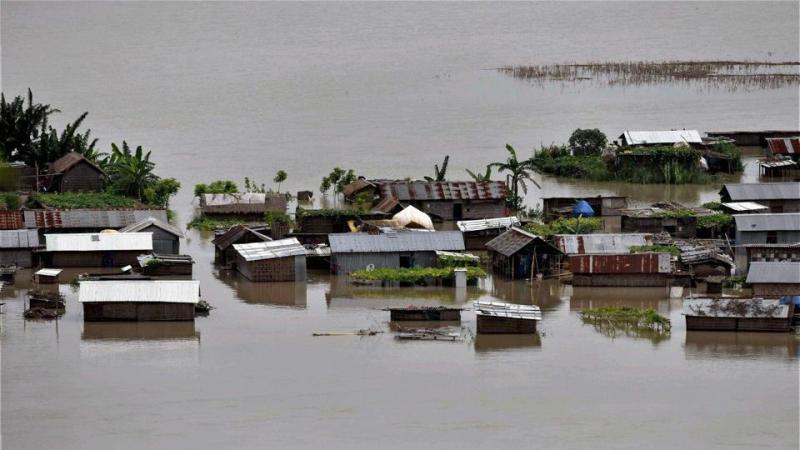 Guwahati/IBNS: Nearly 1.97 lakh people in 20 districts of Assam have been affected by the current spell of the flood.

According to reports by Assam State Disaster Management Authority, 51357 people are affected alone in Cachar district.

652 villages under 46 revenue circles are affected in this wave of flood and floodwaters submerged 16645.61 hectares of cropland.

The district administration has set up 55 relief camps and 12 distribution centres where 32959 flood-affected people are taking shelter.

The water level of the Brahmaputra river is flowing above the danger level mark at Neamatighat in Jorhat district and Kopili river at Kanpur in Nagaon district.

The flood situation in Assam’s Hojai district has become more worsen as nearly 78000 people in the district have been affected in the current wave of flood.

In the district, more than 47000 people have been affected alone in the Doboka revenue circle.

The floodwaters have submerged 62 villages in the Hojai district and inundated 4611 hectares of cropland.

Nearly 30000 flood-affected people have taken shelter in the relief camps set up by the district administration.