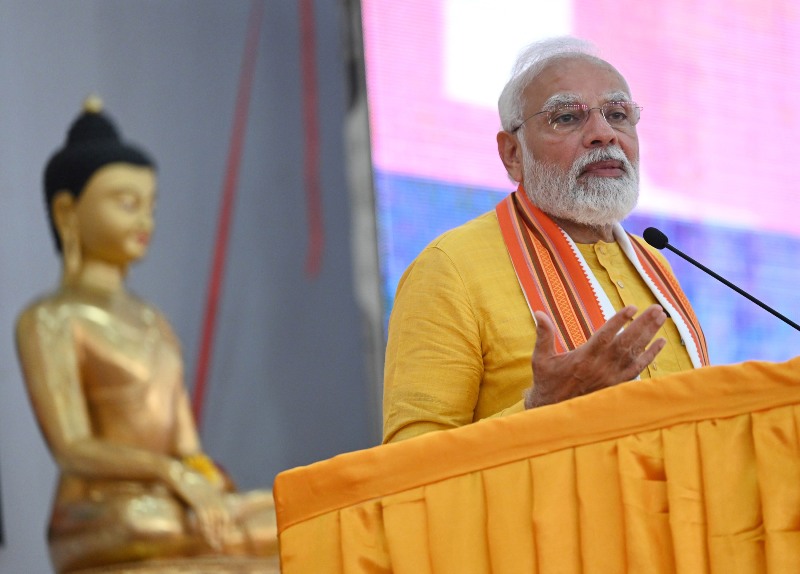 New Delhi/IBNS: Prime Minister Narendra Modi, who visited Nepal on Monday, held bilateral talks with his Nepalese counterpart Sher Bahadur Deuba and offered prayers at Mayadevi temple in Lumbini, the birthplace of Gautam Buddha during his visit to the Himalayan nation.

This was PM Modi’s fifth visit to Nepal and first to Lumbini. Upon arrival, both Prime Ministers visited the Mayadevi temple, within which lies the birthplace of Lord Buddha.

At the temple, the Prime Ministers attended prayers conducted as per Buddhist rituals and made offerings. He lit lamps and visited the historical Ashoka Pillar, which carries the first epigraphic evidence of Lumbini being the birthplace of Lord Buddha.

I feel blessed to have prayed at the Maya Devi Temple on Buddha Purnima. May Lord Buddha bless us all and make our planet peaceful and prosperous. pic.twitter.com/hLJhZlHNL1

Both Prime Ministers held a bilateral meeting, during which they followed up on their discussions held on April 2 in New Delhi. 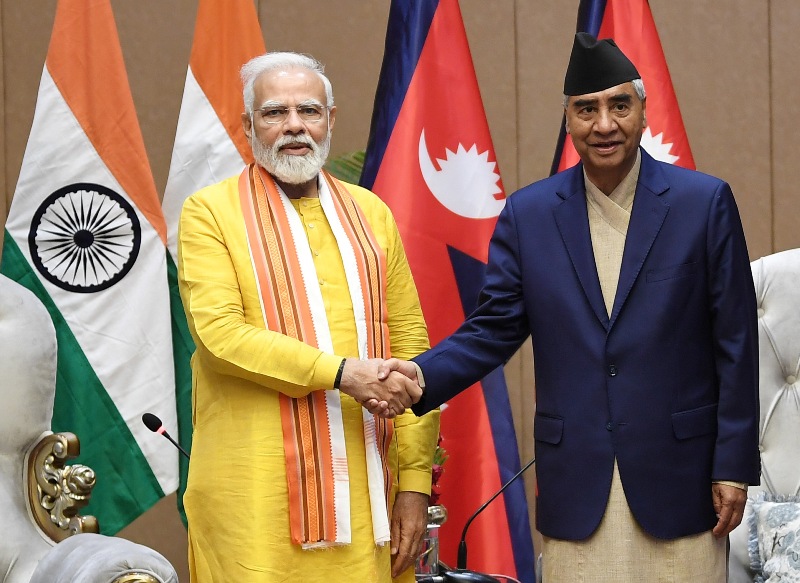 The two sides agreed in principle to establish sister-city relations between Lumbini and Kushinagar, which are among the holiest sites of Buddhism and reflect the shared Buddhist heritage between the two countries.

During his address at a special event to mark the 2566th Buddha Jayanti celebrations, PM Modi said: "India and Nepal's ever-strengthening friendship, in the kind of global conditions that are being created today, our closeness will serve the entire humanity."

"I know that today when a grand temple of Lord Shri Ram is being built in India, the people of Nepal are equally happy," he added.

The two Prime Ministers expressed satisfaction at the progress made in bilateral power sector cooperation in recent months, which covers the development of generation projects, power transmission infrastructure and power trade.

Today’s meeting with PM @SherBDeuba was excellent. We discussed the full range of relations between India and Nepal. Key MoUs were signed which will diversify and deepen cooperation. pic.twitter.com/UzchwOqCZp

PM Modi assured India’s support in the development of Nepal’s hydropower sector and in encouraging interested Indian developers to expeditiously explore new projects in this regard.

Both Prime Ministers agreed to further expand educational and cultural exchanges to bring the people of the two countries closer.