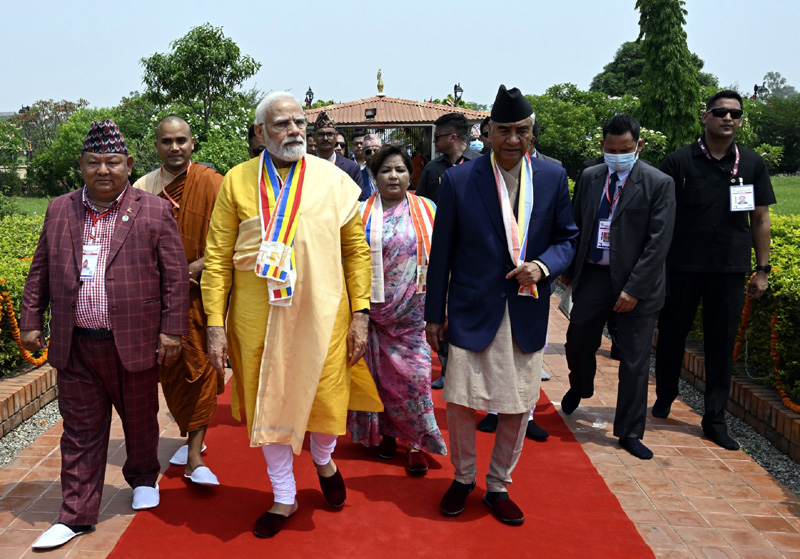 Pleased to join Shree @narendramodi Jee in laying the foundation stone for the construction of the International Center for Buddhist Culture and Heritage in Lumbini on #BuddhaPurnima. pic.twitter.com/RyyOTOK4dK

The Centre will be constructed by the International Buddhist Confederation (IBC), New Delhi, on a plot allocated to IBC by the Lumbini Development Trust (LDT), under an agreement between IBC and LDT signed in March 2022, read a statement issued by the Indian government.

After the shilanyaas ceremony, which was performed by monks belonging to three major Buddhist traditions, Theravada, Mahayana and Vajrayana, the two Prime Ministers also unveiled a model of the Centre.

Once completed, the Centre will be a world-class facility welcoming pilgrims and tourists from all over the world to enjoy the essence of spiritual aspects of Buddhism. 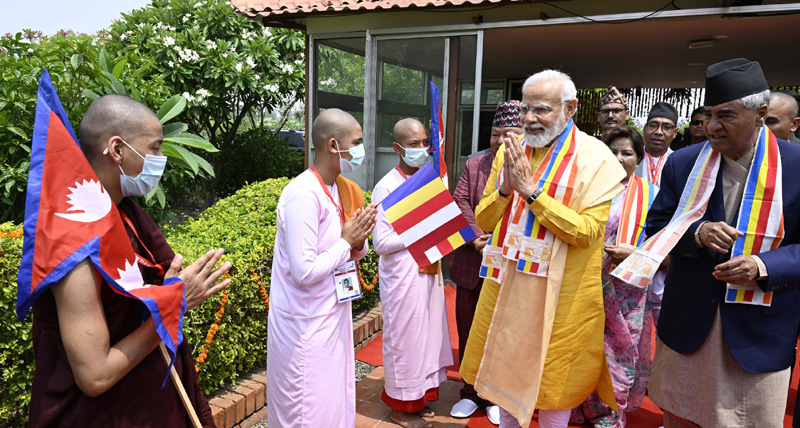 It will be a modern building, NetZero compliant in terms of energy, water and waste handling, and will house prayer halls, meditation centers, library, exhibition hall, cafeteria, offices and other amenities.