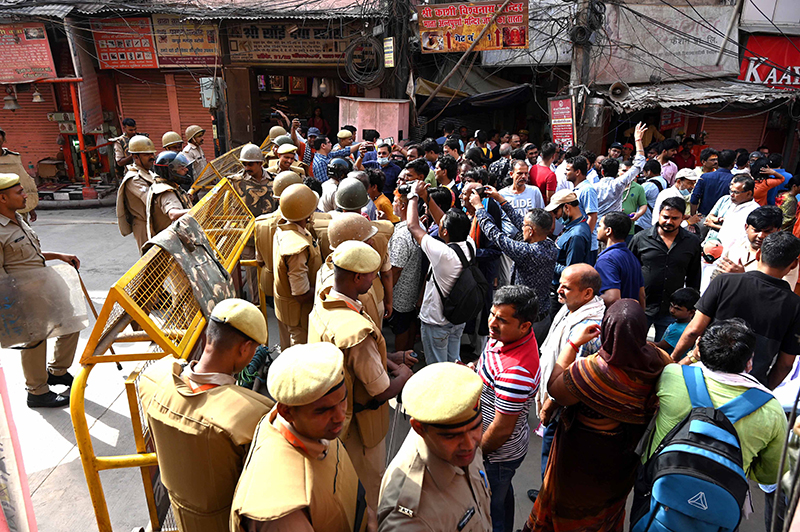 Gyanvapi Mosque
Police personnel deployed at the survey site of Gyanvapi in Varanasi on Saturday.

Varanasi: With a Shivling being found in Gyanvapi mosque complex during a videographic survey, a local court here on Monday ordered sealing of the area where the discovery was made and directed the district administration to ban entry of any person in that specific area.

On an application moved by Hari Shankar Jain, the counsel of the plaintiffs, the court of Civil Judge (Senior Division) Ravi Kumar Diwakar said: "DM Varanasi is being directed to seal the place where the Shivling has been found with immediate effect and ban entry of any person in the area."

In the application submitted by Jain, it was requested that a Shivling has been found inside the mosque complex during the commission process which is an important evidence.

Therefore, the CRPF Commandant should be directed to seal the area with immediate effect, he pleaded.

The court while stating that the application is worth admissible in the interest of justice has directed that it will be personal responsibility of the DM Varanasi, Police Commissioner, Police Commissionerate and CRPF Commandant to protect and secure the place which has been sealed. 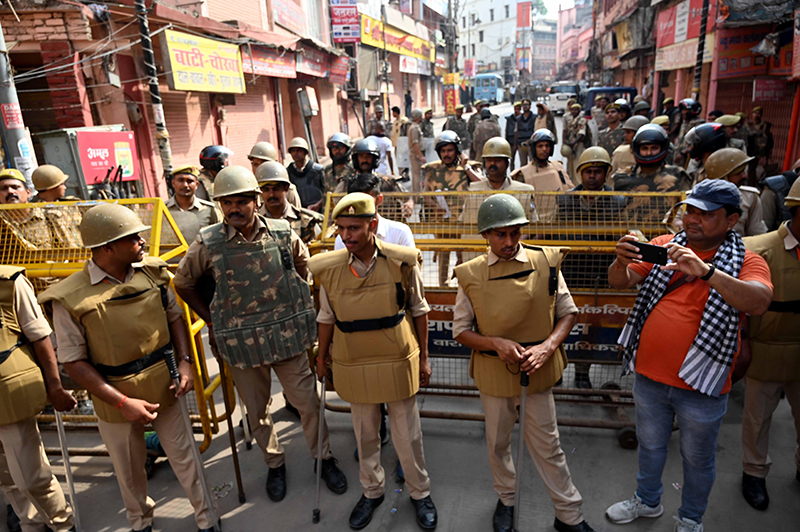 It has directed the Director General of Police (DGP) and Chief Secretary of Uttar Pradesh to supervise the steps taken by the local administration in connection with the area which has been sealed.

The counsel also requested the court to direct the Varanasi DM to ban entry of Muslims there, only 20 Muslims should be allowed to offer Namaz and they should be banned from doing 'wazu' with immediate effect.

Earlier in the day videography-survey of the Gyanvapi mosque complex was done by the team of Advocate Commissioners along with the counsels of both the parties, plaintiff and respondents.

Now the Advocate Commissioners will submit their report in the court on Tuesday.

Rakhi Singh and four others have filed an application in the court seeking direction to offer prayers at Shringar Gauri Stahl and other places on a regular basis.

Worship at Shringar Gauri Sthal is allowed only once a year during Chaitra Navratras.

On April 26, Civil Judge (Senior Division) Ravi Kumar Diwakar while hearing a petition filed by five Delhi-based women had ordered videography of the complex in the presence of the representatives appointed by the court.