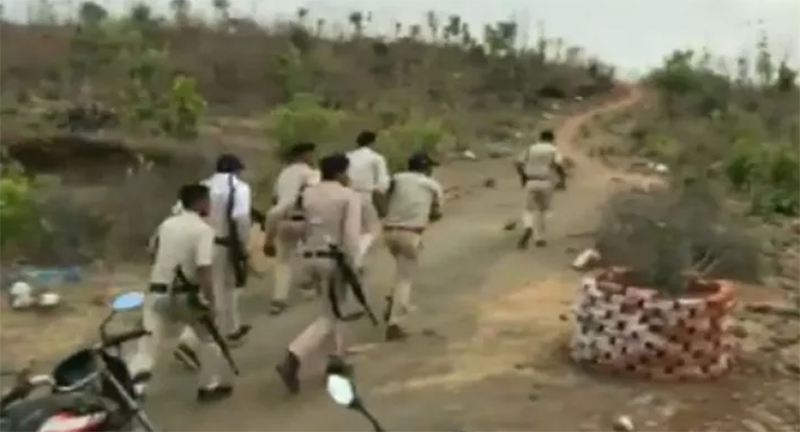 Guna: One more poacher, accused of gunning down three police personnel at almost point-blank range in the wee hours of Saturday within a forest in Aron Police Station limits, was eliminated in a late evening encounter.

Law-enforcement authorities said that Shahzad Khan was killed near Khairai village in Raghogarh Police Station limits after he attacked a team and attempted to flee.

Earlier, Naushad's corpse was seized. Five others are eluding arrest.

The scene of crime in the Aron jungle yielded black buck and peafowl besides other material. A marriage in one of the perpetrators' families was to be solemnised at a village near Raghogarh.

The meat was to be allegedly cooked and served to guests.