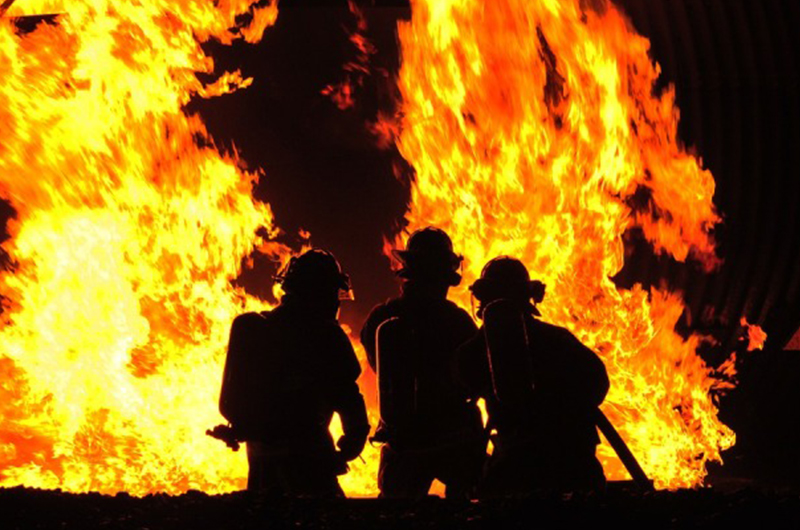 New Delhi: The authorities have identified 7 out of the 27 people who were killed in a massive fire in Mundaka area of West Delhi on Friday, officials told UNI.

The bodies retrieved by Delhi Police and Fire Department from the four storey building were taken to Sanjay Gandhi Memorial Hospital yesterday where their identification is being carried out.

A senior doctor from the hospital said that all the bodies arrived in severely burnt and charred condition.

"While 7 of them have been identified, we are carrying out the procedure to identify others. Relatives still coming for identification process," he told UNI.

Meanwhile, the hospital has set-up a help desk to provide the correct information to those whose family members are missing or injured and admitted to the hospital.

A total of 27 people were found dead and 12 others with injuries in the massive fire incident which engulfed the whole 4-storey building.

The Police said that they were able to rescue 50 people who were trapped inside the building when the fire broke out on Friday evening.

According to the police, the fire started on the first floor of the building and enveloped the entire structure soon after.

Police personnel said they rescued some by breaking the windows in and using ropes.

According to the Police, the first floor housed the office of a firm that manufactures CCTV cameras and Wi-Fi routers, whose owners were later arrested by the cops.