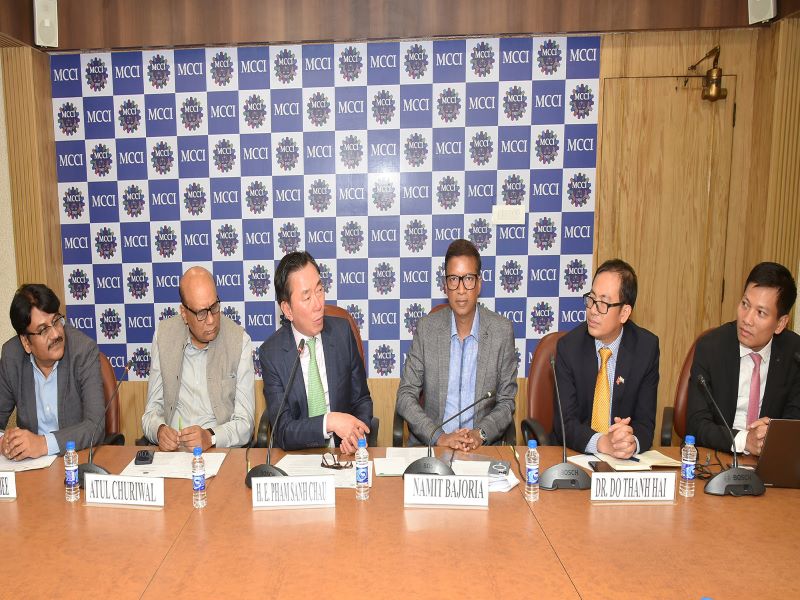 Only India can help Vietnam in sensitive areas like defence and nuclear technology, says envoy

Kolkata: Vietnam shares highly cordial relations with India because of shared values that promote peace, stability, and an environment of dialogue, and only India can help the southeast Asian nation in "sensitive areas", Ambassador of Vietnam to India Pham Sanh Chau said Friday.

"All nations are friendly but we share a highly cordial relation with some countries and India is among them," Chau said at an interactive session organised by the Merchants' Chambers of Commerce & Industry.

"Vietnam and India have chosen the 'middle way' of peace, stability and dialogue, the path of Buddha," he said.

Notably, Vietnam and India were among the 35 nations that abstained from UN resolution condemning Russia's invasion of Ukraine at the United Nations.

Chau stressed that Vietnam looks towards India for cooperation in areas like defence and peaceful use of nuclear technology.

"Only India can help Vietnam in sensitive areas like defence and nuclear technology for peaceful use...they don't share such technologies," he said.

Last month, India and Vietnam complimented each other on the 50th anniversary of the establishment of diplomatic relations between the two countries.

Prime Minister Narendra Modi and general secretary of the Communist Party of Vietnam Nguyen Phu Trong had, during their telephonic conversation, expressed satisfaction over the rapid pace of a wide range of cooperation under the India-Vietnam Comprehensive Strategic Partnership which was established during Modi’s visit to Vietnam in 2016.

Apart from bilateral and regional issues, including Ukraine and the situation in the South China Sea, both leaders agreed to promote closer cooperation in economic, trade, and defence engagements.

Chairman of Vietnam National Assembly Vuong Dinh Hue, along with a high-level parliamentary delegation visited India last December and all the top leaders of the ASEAN country have also come to India from time to time.

He noted that Vietnamese exports to India have increased and the its earlier trade deficit has been balanced with both countries now having an almost equal share in bilateral trade.

With a population of 98.15 million people, the highest among the ASEAN nations, Vietnam offers a great opportunity for the Indian pharma sector for further expansion, he said.

Indian companies have scope for investment in areas like textile and garments, IT, real estate,  agricultural products, solar technology, education, electrical and electronic technology equipment, healthcare and general trading, according to a presentation given during the session.

With labour cost as low as $3 per hour and 95 percent literacy, Vietnam has the potential to be the biggest manufacturing hub, replacing China where the labour cost is $6-$7 per hour.

Due to the country's small size and long coastline, ports are accessible from all industrial parks approximately within half an hour. Further, Vietnam's close proximity to other ASEAN countries makes it suitable as an export hub, it was noted.

Post the Doi Moi Reforms in 1986, Vietnam has turned into an open economy, said Do Duy Khanh, First Secretary-Trade Office, Embassy of Vietnam.

Vietnam has an FTA with 15 countries and is part of RCEP with other 14 countries.

India though a part of the initial negotiations had opted out of joining the bloc.