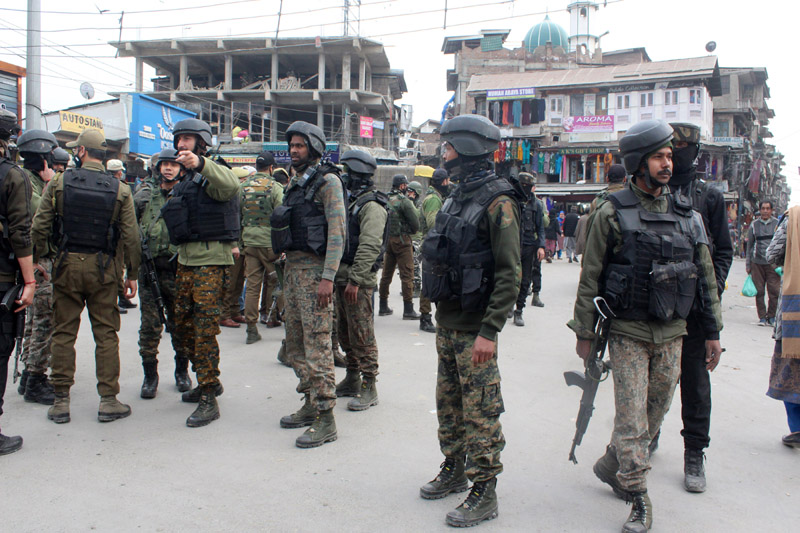 Srinagar/UNI: Security forces have called off an overnight operation in Kashmir's Anantnag district as the militants, who engaged government forces in a brief gunfight, have managed to escape, officials said Thursday.

The militants and the security forces exchanged heavy fire on Wednesday evening briefly at Marhama Bijbehara in Anantnag district during a cordon and search operation.

"It seems the terrorists fled in the initial stages of the operation," a security official said.

"Searches were carried out later but no fresh contact was established."

He said the security forces called off the operation Thursday.

Meanwhile, a massive combing operation was underway for a second day in Bandipora district of Jammu and Kashmir where a local militant who had infiltrated recently was killed on Wednesday.

A security official said the search was going on in the vast forest area of Salinder to trace the other members of the infiltrating group.

Police said Gulzar Ahmad Ganai, who was killed at Salinder, was a resident of Wussan Pattan, Baramulla.

"He infiltrated back in the last week of April," a police officer said.