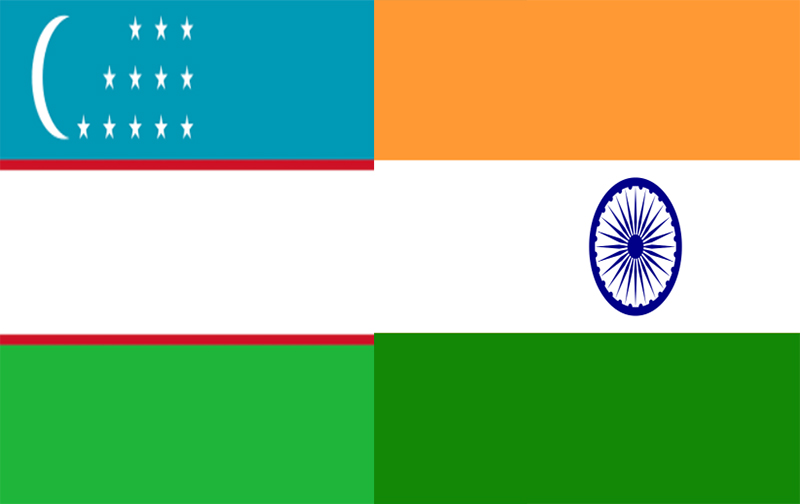 New Delhi: The 15th round of India-Uzbekistan Foreign Office Consultations (FoC) was held on Wednesday in New Delhi.

The consultations were co-chaired by Sanjay Verma, Secretary (West) and Furkat Sidikov, Deputy Minister of Foreign Affairs of the Republic of Uzbekistan.

The last round of FoC was held in virtual format in November 2020, read  a statement issued by the Ministry of External Affairs.

During the consultations, both sides undertook a comprehensive review of the state and prospects of bilateral cooperation including political, security, trade-economic, connectivity, development partnership, humanitarian and cultural spheres.

The talks particularly focused on greater economic cooperation and steps to enhance connectivity between India and Uzbekistan.

Both sides agreed to exploit the full potential of Chabahar port for trade between the two countries.

The two sides exchanged views on regional and international issues of mutual interest, including Afghanistan.

They agreed to further enhance cooperation in the UN, SCO and other multilateral fora. Indian side conveyed its full support for Uzbekistan’s ongoing chairmanship of SCO.

Both sides highly assessed the holding of the 1st India-Central Asia Summit in January 2022 and agreed to expeditiously implement its outcomes along-with other Central Asian countries.

The talks were held in the traditional spirit of friendship and understanding.

The FoC was useful in taking stock of the implementation of decisions taken during high-level meetings held in the last 2 years, including the Virtual Summit in December 2020.

Both sides agreed to hold the next round of consultations on a mutually convenient date in Uzbekistan.