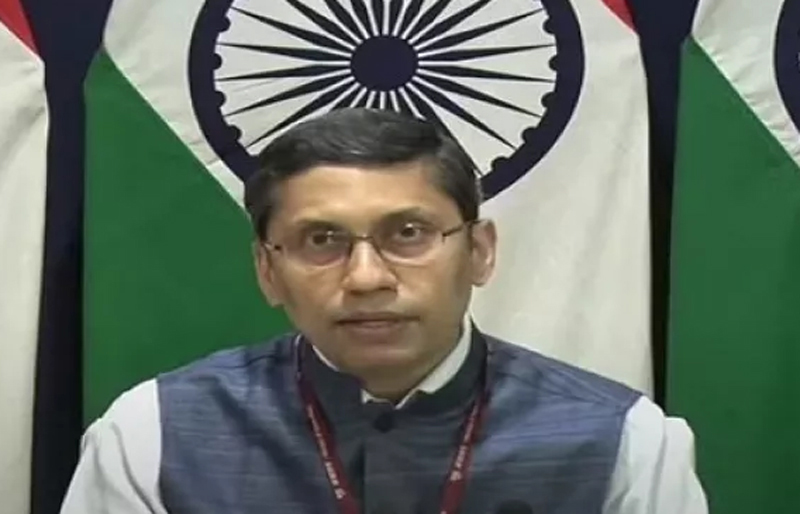 New Delhi: Amid the political turbulence in southern neighbour Sri Lanka, India on Tuesday said that it is “fully supportive of its democracy, stability and economic recovery” and that New Delhi “will always be guided by the best interests of the people of Sri Lanka expressed through democratic processes”.

Ministry of External Affairs spokesperson Arindam Bagchi, in a statement in response to media queries on the developments in Sri Lanka, also said that India has extended over USD 3.5 billion worth assistance to Sri Lanka as part of its neighbourhood policy to help the island nation tackle its food and fuel shortage.

The statement read: "As a close neighbour of Sri Lanka, with historical ties, India is fully supportive of its democracy, stability and economic recovery."

“In keeping with our Neighbourhood First policy, India has extended this year alone support worth over US$ 3.5 billion to the people of Sri Lanka for helping them overcome their current difficulties," read a statement.

“In addition, the people of India have provided assistance for mitigating the shortages of essential items such as food, medicine etc," it said.

“India will always be guided by the best interests of the people of Sri Lanka expressed through democratic processes,” read the statement.

The day saw violence break out in the island nation as supporters of Mahinda Rajapaksa attacked the anti-government protesters, leading to injuries to many.

Later in the evening, protesters set ablaze the properties of several ruling party MPs as well as a house belonging to Mahinda Rajapaksa.

Sri Lanka is going through its worst economic crisis that has led to acute food and fuel shortages, that in turn triggered massive public protests and demands that the Rajapaksas go.