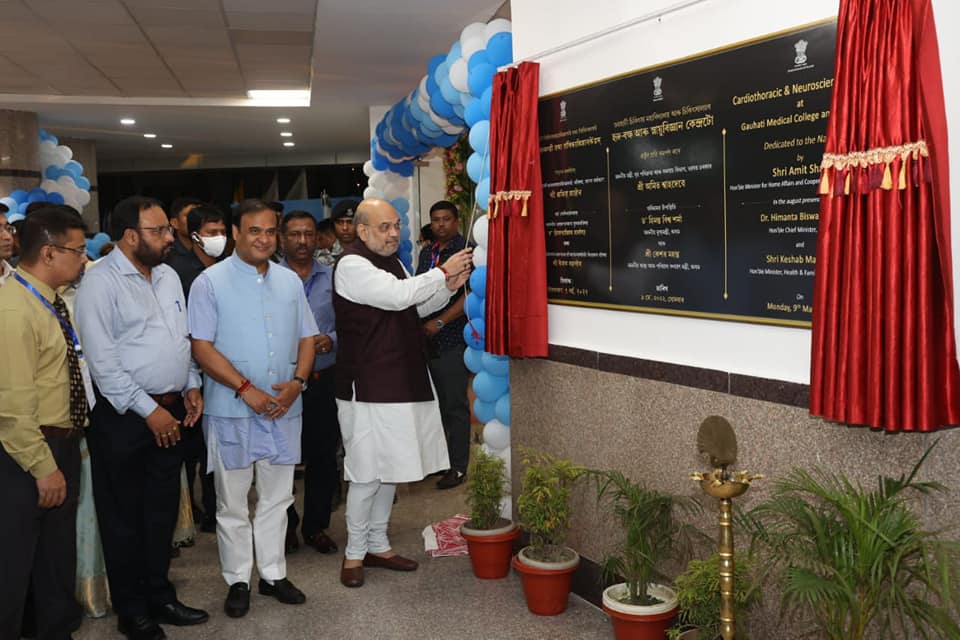 The state-of-the-art G+4 storey building has been constructed by the WAPCOS within a record time of three years with a financial outlay of Rs. 31.15 crore.

The new office building at Amingaon is equipped with all modern facilities like pair of elevators, wide corridors and staircases, spacious well-ventilated rooms for staff and officers, ample parking area on the ground floor, CCTV cameras, smoke detectors, a fire-fighting system, public addressing system and generators.

The building has a data centre with 81 workstations, a Map section with modern equipment, a conference room with a 50-sitting capacity, a video-conference room, a canteen and rooms for various technical and other sections.

The building comes under GRIHA norms and ensures a green environment through open space surrounded by grassy green boundary lawns on all sides, saplings of big leafy trees etc.

The Union Home Minister also launched a newly revamped website for the Office of the Registrar General of India www.censusindia.gov.in. He also released Language Atlas and its e-version.

Speaking on the occasion, Chief Minister Sarma while thanking Union Home Minister for giving a permanent office building of Census Operations in Guwahati said that the new office building would help the decennial population census exercise to accomplish its objective.

He also said that the population census provides valuable information about the land and its people at a given point of time.

"It provides trends in the population and its various characteristics which are essential inputs for planning. The census data is frequently required to develop sound policies and programmes aimed at fostering the welfare of the country and its people," he said.

He said that the new office building which also has an adequate infrastructure of digital solutions will also help in successfully conducting the current population census which for the first time will be done digitally.

The Chief Minister further said that the role of the Directorate of Census Operations, Assam is more important because of its storage-cum-scanning centre (SSC) and data centre of other northeastern states and Sikkim.

The data collected in all eight northeastern states are brought to the data centre, Guwahati for analysis and further processing. The Directorate of Census Operations, Assam, therefore, will have to play a larger role in making the population census successful.