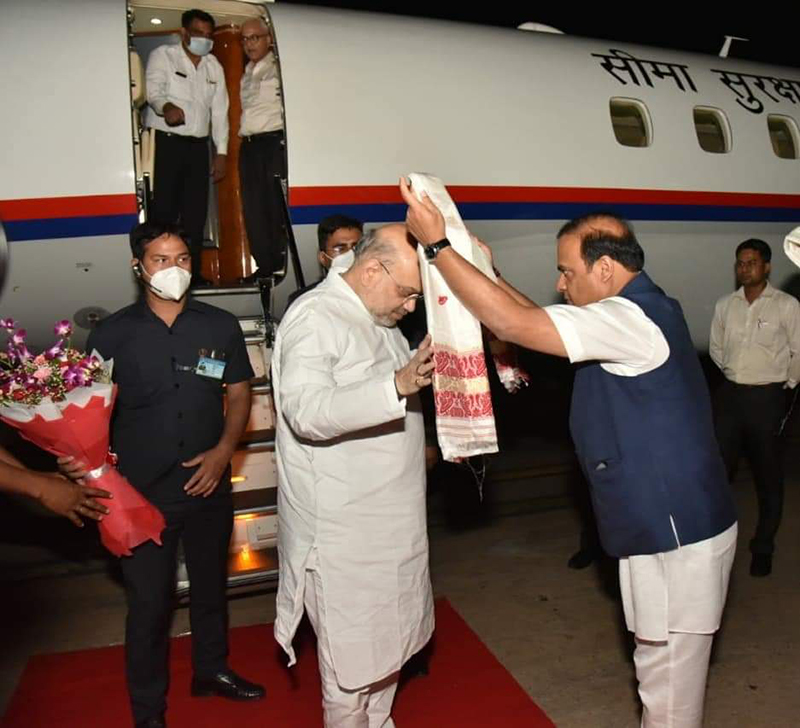 He will visit Mankachar Border Outpost (BOP) and will interact with BSF officials.

He will also inaugurate BSF’s Central Store & Workshop and will launch khadi and village industries products at Tamulpur.

He will inaugurate the Census Office (through physical mode) and SSB Buildings (through virtual mode) at Amingaon in Kamrup (Metro) district on Monday.

Shah arrived in Guwahati on late Sunday night for his two-day long visit to Assam.

On the occasion of completion of one year of Dr Himanta Biswa Sarma-led Assam government, the Union Home Minister will address a public rally at Khanapara field in Guwahati on May 10.

During his visit he will also lay the foundation stone of several projects in Guwahati including Public Auditoriums, Integrated DC Office, Police Commissionerate Building, Guwahati Police Reserve Bhawan on May 10.

On May 10, the Union Home Minister will present the President’s Colour to Assam Police for its excellent service over the last 25 years in Guwahati.

Assam is the 10th state in the country to earn the President’s Colour for its outstanding performance in combating insurgency, regulating crime, maintaining law and order, safeguarding the people and properties.

The Union Home Minister will also interact and take lunch with Officers and Jawans of  Assam Police.