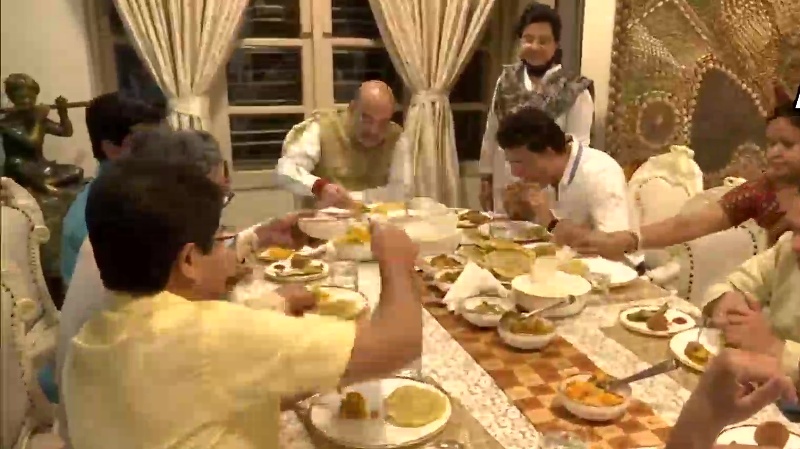 Kolkata: Former cricket captain and BCCI president Sourav Ganguly has spoken about his close relations with West Bengal Chief Minister Mamata Banerjee a day after BJP leader and Home Minister Amit Shah paid a visit to his residence and had dinner with his family.

Amit Shah's visit to Sourav Ganguly's residence had triggered speculations over his closeness with the BJP and that he may join politics soon, but his comments the next day indicated otherwise.

"Our honourable Chief Minister Mamata Banerjee is a person very close to me. I had approached her to help up this institute," he said at the inauguration programme of a private hospital here, reported NDTV.

Ganguly then went on to praise Kolkata mayor Firhad Hakim.

"I am also very close to Firhad Hakim. He has been seeing me since I was in Class 1. He has been our family friend. All who approach him get help. I too have called him several times," Ganguly said.

The Home Minister's dinner was a close family affair where apart from Ganguly and his wife famous Odissi dancer Dona Ganguly, his elder brother Snehashish Ganguly and other family members also played hosts.

Ganguly said he has known Shah since 2008 and there is nothing more than that.

"Many speculations are rife... but I have known him (Shah) since 2008. While playing, I used to meet him. There's nothing more than that".

Ganguly had visited the state secretariat on April 28 and had a meeting with Mamata Banerjee over the allocation of land to the Cricket Association of Bengal (CAB), of which he is the president, to build a stadium.

Ganguly's wife Dona was quoted as saying in the media that there was no discussion over politics during the dinner. She said that if Ganguly joined politics, he would do well and work for the people but she wasn't aware if he would join politics or not.