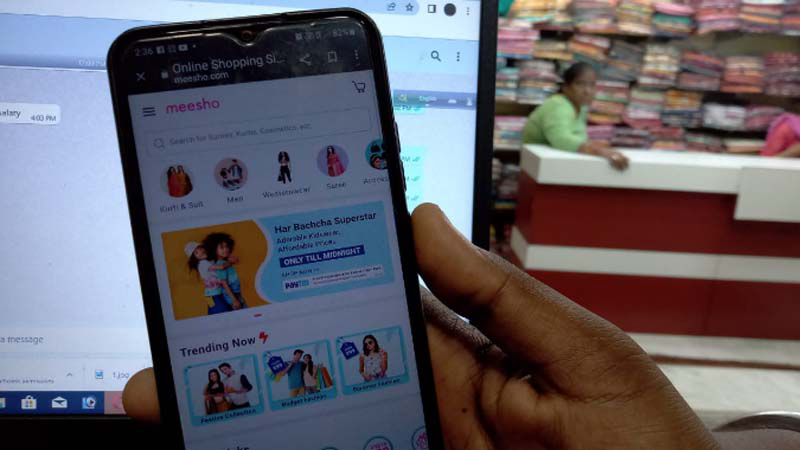 Thane: As many as 13 FIRs have been registered against Meesho.com and sellers for online sale of abortion Drug (MTP Kit), by the Food & Drugs Administration (FDA).

Assistant Commissioner of FDA Ganesh Rokade said that after getting information that the abortion drugs were being sold illegally on Meesho.com online marketing portal, the demands for MTP Kit without prescription were registered from various parts of the state as decoy customers by the officers of this administration.

On the online portal Meesho.com cosmetics, jewellery, men's and women's apparel and other routine items are available for sale online.

Under the heading of Beauty & Health, there are items like Make up, wellness and Skincare are also available. However there is no commodity as drugs was available for sale on the homepage of the portal.

Selecting one of these options, the display of images of the abortion drugs like Unwanted Kit, Dr Morepen MTP Kit in its final saleable pack were appeared for add in cart. All the demands were accepted without doctor's prescription.

As per above demands total 16 MTP kits were received through courier parcel. The received MTP Kit namely “Unwanted kit” and “Dr Morepen MTP Kit” are manufactured by mankind Pharma and Dr. Morepen respectively and distributors are from Varanasi, Agra & Delhi.

The MTP Kit is 'Schedule H' drug under the Drugs & Cosmetics Act, 1940 and it is mandatory to sell it only on the prescription of a registered medical practitioner.

Also according to the Medical Termination of Pregnancy Act, 2002 and Rules, 2003, it is mandatory to use this medicine at health facility and under the supervision of a service provider.

However Meesho.com promoted the illegal sale of MTP drugs. Total 13 FIRs are registered against the online sell portal Meesho.com and the Distributors of Uttar Pradesh and Delhi at Mumbai, Thane, Jalgaon, Kolhapur, Aurangabad and Nagpur police stations by the Drugs Inspectors of this administration under relevant sections Drugs & Cosmetics Act, 1940 and IPC, 1860 during the period of April 22, 2022 to May 06, 2022 for the further investigation he said.