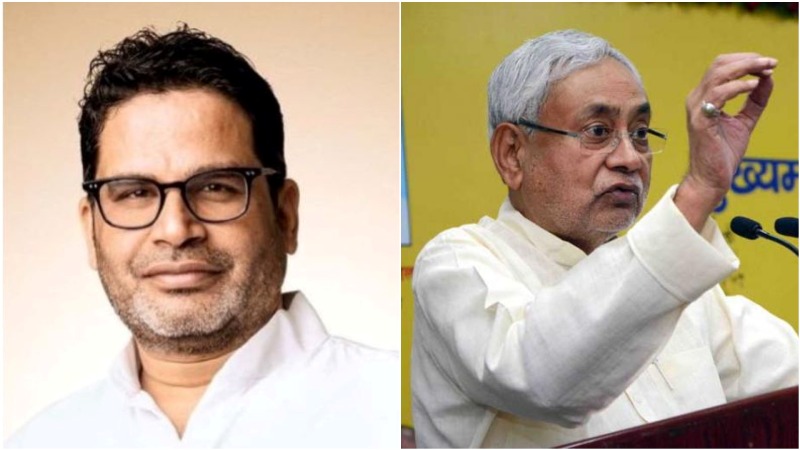 'Truth is important': Prashant Kishor retorts after Nitish Kumar says his opinion on Bihar 'not important'

The remark got a swift retort from Kishor as well who said, "Nitish ji is right – the truth is important".

In a tweet in Hindi, Kishor wrote: "Nitish ji is right – the truth is important and the truth is that after 30 years of Lalu-Nitish, Bihar is the poorest and most backward state."

"There is a need for a new thinking and new effort to bring change in Bihar. This can be achieved only through the collective effort of the people of Bihar," he posted.

Kishor, who is looking to rejoin active politics, Thursday launched a campaign, dubbed as Jan Suraaj, where he will interact with people of his state and also undertake a 3000-km walk from Gandhi Ashram from Oct 2.

Though he did not reveal much about his plans, Kishor tried to portray his all-inclusive image by stating, "I can't say I will be the head of the party or become the Chief Minister. I will associate with people who will be equally significant in the party if it is launched at all."

During his interaction with the media, he had launched equal attacks on former Chief Minister Lalu Prasad Yadav and his successor Nitish Kumar, with whom he had worked earlier, holding them responsible for Bihar's "backwardness".

"Both the leaders have done nothing for the state. Even after ruling for so long, Bihar is the most backward state in India," Kishor had said.

It is pertinent to mention that Kishor was the vice president of Kumar's Janata Dal (United), which is ruling the state and also an ally of the Centre's incumbent Bharatiya Janata Party (BJP).

After Kishor went against Kumar's stand on the new controversial citizenship issue, he was expelled from the JD(U), which runs a coalition government in Bihar with the BJP.

Kishor's launching of the campaign occurred days after his talks with the Congress over its revival for the 2024 Lok Sabha elections fell flat.