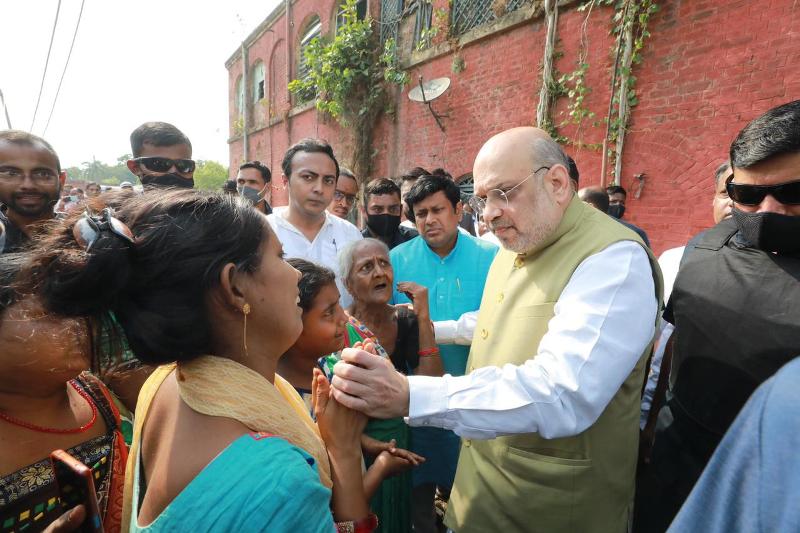 Shah on the second and final day of the West Bengal tour, went to Cossipore to visit the house and meet the family members of Chowrasia, whose dead body was found hanging Friday morning.

Calling it a "political murder", Shah said, "The TMC government completed one year (since returning to power in 2021) and restarted the violence on the very second day. There are plenty of examples of political violence in the entire state."

"BJP demands the CBI probe into the incident," Shah said and added, "The Union Home Minister has sought a report from the state government."

The victim's family claimed that he was a BJP worker and had been receiving death threats for the past year.

Police have taken the body for post-mortem.

Besides the local police station, the homicide wing of Lalbazar also was investigating the unnatural death.

The victim's family members told police that he was out of home last evening and did not return.

Reacting to Shah's claims, West Bengal Minister and TMC leader, Chandrima Bhattacharya said, "We do not support any death. I can say our party is not involved in any kind of violence. This is an effort to defame our government."