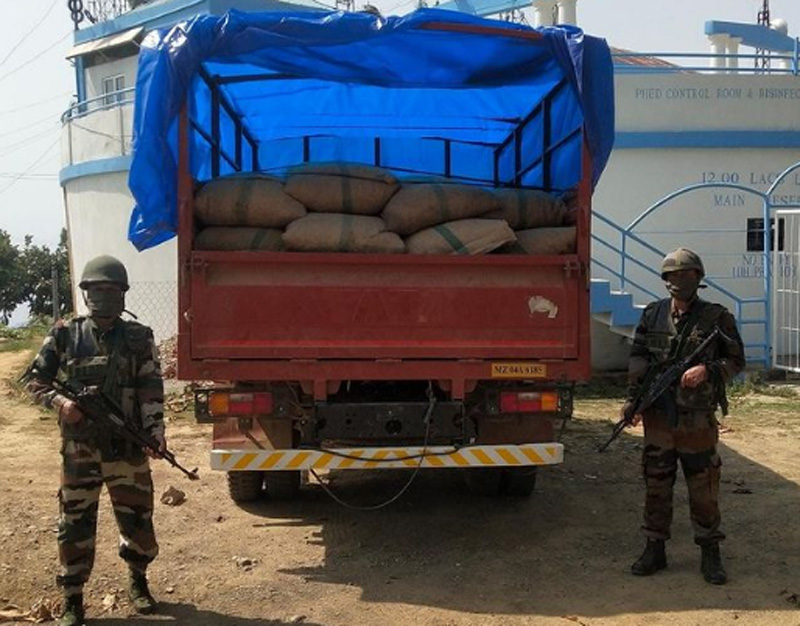 Aizawl: In a major successful operation against anti-national activities, Aizawl Battalion of 23 Sector Assam Rifles under the aegis of Inspector General Assam Rifles (East), recovered a huge Cache of Weapon and War like stores on Sunday.

The operation was carried out near Kelsih, 19 km South of Aizawl district based on specific information.

The team had a specific information of a possible smuggling of Weapon and WLS near village Kelsih.

The Assam Rifles team noticed and intercepted two civil hired veh in general area Kelsih and spot checking was carried out by the team.

During spot checking Weapon and WLS were recovered and four individuals were detained. Use of such war like stores could have endangered the lives of innocent people and led to various illegal activities.

This recovery has prevented the loss of precious lives.