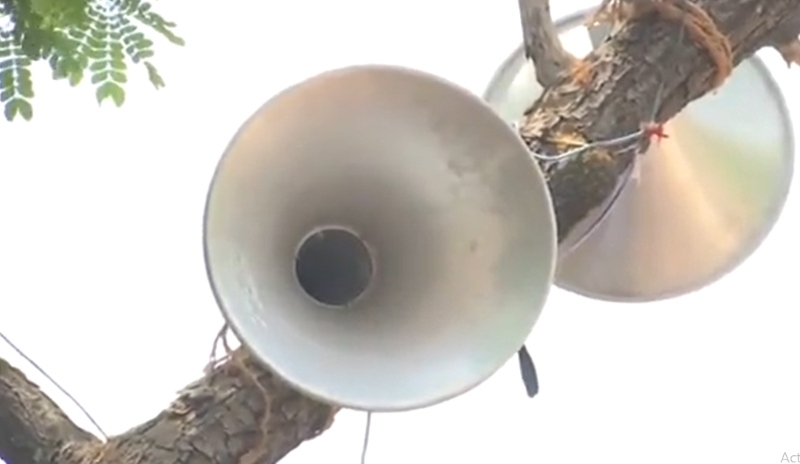 Over 53,000 loudspeakers uninstalled, sound level reduced for 60,295 across state: UP Police

Lucknow: As many as 53,942 loudspeakers have been uninstalled from the various religious places in Uttar Pradesh as of 7.00 am on Sunday following the orders of Chief Minister Yogi Adityanath, Uttar Pradesh Police has said.

Additional Director General of Police (Law and Order) in Uttar Pradesh, Prashant Kumar said, "So far, till 7.00 am in the morning today, 53,942 loudspeakers have been removed from various religious places across the state while the sound level of 60,295 loudspeakers was reduced and brought down to the level of standard parameters."

On April 24, Adityanath had ordered the removal of illegal loudspeakers from religious places across the state.

"A compliance report (from the districts) in this regard has been sought. The police have been directed to talk to the religious leaders, and ensure the removal of the unauthorised loudspeakers by coordinating with them," said Additional Chief Secretary (Home) Awanish Kumar Awasthi.

Before this announcement, the Uttar Pradesh Chief Minister had issued instructions for restricting the volume of loudspeakers at religious places, earlier this month.