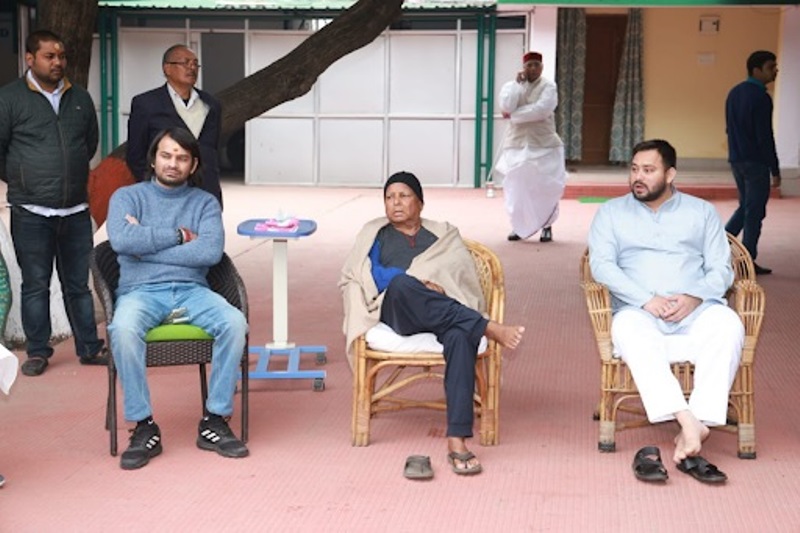 The controversy erupted when Ramraj Yadav alleged that Tej Pratap and his henchmen forced him inside a secluded room, stripped him and beat him up.

They also made a video of the incident which took place on the sidelines of RJD's Iftar party last week, which was held inside the residence of Lalu Prasad Yadav's wife and former chief minister Rabri Devi.

Tejashwi said he had spoken to Ramraj Yadav as well as Tej Pratap, but did not elaborate what was his conclusion after listening to both sides.

The reporters also asked him about the defamation notice sent to nine journalists seeking damages worth Rs 50 crore.

Apparently dismissing the matter as Tej Pratap's personal issue, he said journalists shouldn't be scared if they have done no wrong and fearlessly reply to the notice.

RJD supremo Lalu Yadav, who is currently in Delhi for medical supervision, is likely to return to Bihar soon, after his release on bail in cases of the fodder scam.

Shortly after Ramraj Yadav went public with his allegations, Tej Pratap announced that he would submit his resignation upon meeting his father.