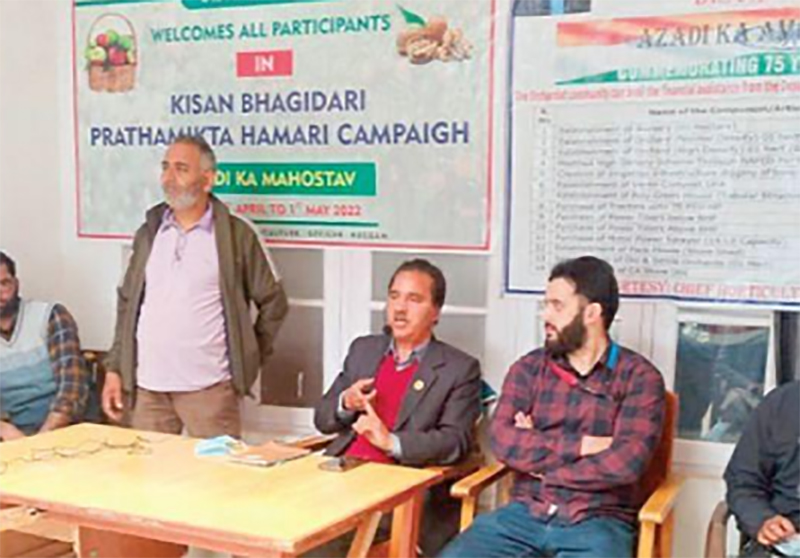 Chief Horticulture Officer Kulgam, Dr Muhammad Iqbal said that during this campaign farmers would be facilitated in getting KCC through bank BC and bank branches.

The Ministry of Agriculture and Farmers Welfare, Government of India, in collaboration with banks and government organizations has made an effort to issue KCCs to all Pradhan Mantri Kisan Samman Nidhi beneficiaries in a mission mode  from April 24, to May 1, he added.

The target of the campaign is to connect maximum beneficiaries of Pradhan Mantri Kisan Samman Nidhi with Kisan Credit Card in seven days.