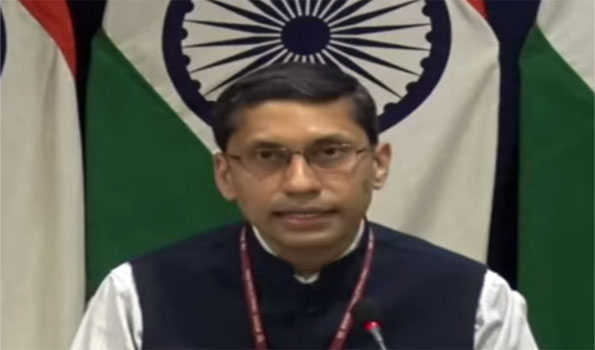 Ministry of External Affairs spokesperson Arindam Bagchi, in a media briefing, said: “I think you are all aware of the Covid situation in Chinese cities like Shanghai and elsewhere. I don't think it is an opportune moment really to discuss the resumption of the issuance of tourist visas from China.”

He added: “We are also aware that China has suspended the issuance of most types of visas to Indians since November 2020. I leave it at that,” referring to Beijing suspending visas for nearly 22,000 Indian students.

India has been raising the issue of the nearly 22,000 Indian students enrolled in Chinese colleges who have been unable to return for classes as Beijing has refused to issue them visas.

The issue had been raised by External Affairs Minister S Jaishankar during his meeting with his Chinese counterpart Wang Yi in Delhi on March 25.

"I took up strongly the predicament of Indian students studying in China who have not been allowed to return, citing Covid restrictions. We hope that China will take a non-discriminatory approach since it involves the future of so many young people," Jaishankar had said at a media briefing shortly after the talks.

The International Air Transport Association (IATA) said in a circular released on April 20 referencing India that “tourist visas granted to citizens of China (People's Republic) are no longer valid.”