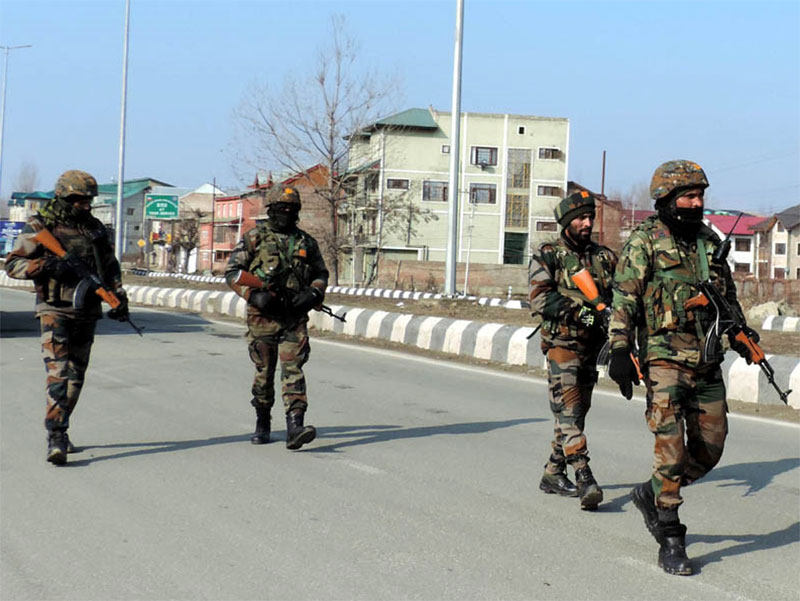 Srinagar: The anti militancy operation that was launched in south Kashmir's Kulgam district during which two Jaish-e-Mohammad (JeM) militants were killed has been called off this morning, police said on Sunday.

The anti militancy operation was resumed this morning after remaining suspended for the night and no fresh contact with militants was established.

The bodies of both the terrorists were retrieved, a police statement said.

“They have been identified as Sultan Pathan and Zabiullah, both residents of Pakistan and linked with proscribed terror outfit JeM,” they said.

“As per Police records, both the killed terrorists were “A” categorised and active since year 2018 in the areas of Kulgam and Shopian districts. Both the killed terrorists had a history of terror crime cases including attacks on Police and security forces, abduction of security personnel, civilian atrocities, Improvised Explosive Device (IED) attacks and weapon looting. Besides, they were also instrumental in recruitment of gullible youth into terror folds,” the statement added.

They said, “Incriminating materials, arms and ammunition including 2 AK series Rifles, 7 AK series Magazines, 9 Grenades, 2 Pouches and cash Rs 7000 were recovered from the site of encounter.”

All these materials have been taken into case records for further investigation and to probe their complicity in other terror crimes.

A case under relevant sections of law has been registered in Police Station Kulgam and investigation has been initiated, police said.

People are requested to cooperate with police till the area is completely sanitized and cleared of all the explosive materials, if any, they added.

The encounter erupted when joint teams of Police and Army launched a cordon and search operation in Mirhama area of Kulgam on Saturday afternoon, following a specific input regarding the presence of militants there.