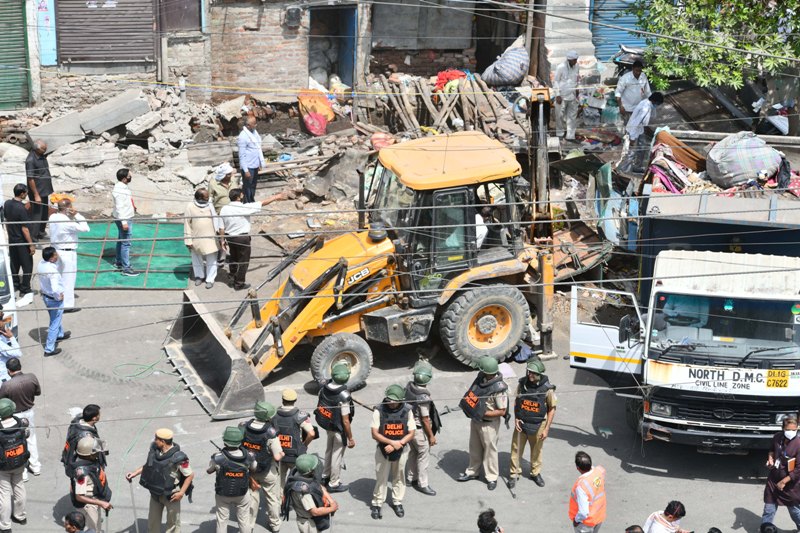 The CPI delegation was led by party General Secretary D Raja, while SP by its MP Shafiqur Rahman Barq.

However, they were not allowed by the police, deployed in the northwest Delhi area that witnessed communal clashes on April 16, to meet the people who have been affected by the violence and the BJP-led civic body's anti-encroachment drive.

"Despite the Supreme Court's order, illegal bulldozing took place for more than an hour. Demolition without notice is 'unconstitutional'. We have come here to meet the victims," Raja told reporters here.

He further said, "Political parties owe a responsibility to the people. We are here because we are with the people in their sorrows and sufferings."

Among the members of the CPI delegation were MP Binoy Viswam, Pallab Sengupta and Annie Raja.

In a veiled attack on the ruling BJP, SP MP Barq said, "First (using bulldozers) it started in Uttar Pradesh, then Madhya Pradesh and now in Delhi. It has become a norm."

This is ''unconstitutional'', he said.

On Thursday, a Congress delegation led by party's Delhi chief Anil Chaudhary visited the area and demanded compensation for those who suffered losses of livelihood and property.