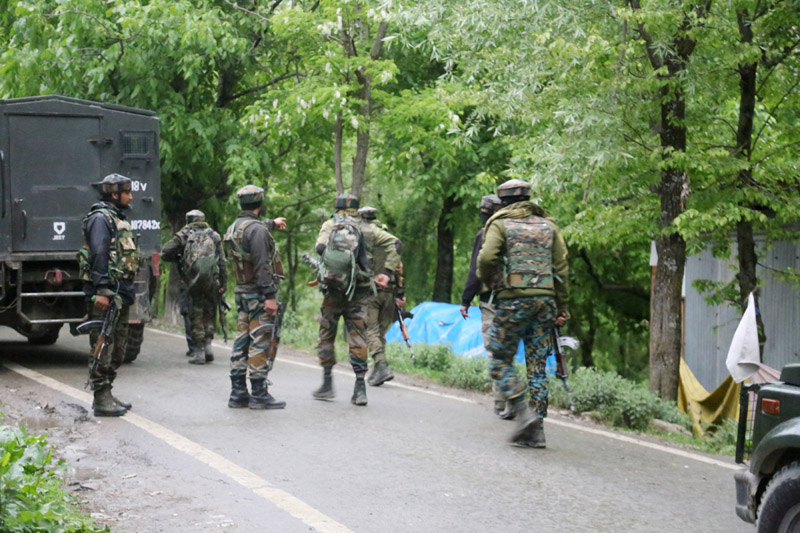 Coming two days ahead of Prime Minister Narendra Modi's April 24 visit to Palli Panchayat of Samba, the attack in Sunjuwan as per official sources is said to be carried out by two to three militants.

The attack on the CISF bus took place near Chaddha Camp in Jalalabad area. There were 15 CISF troopers in the bus.

They were proceeding to report for their morning shift duties and were ambushed around 4.25 am near the Jammu camp.

Jammu police and other security forces were already on high alert following specific inputs about the presence of terrorists in the area, they said.

A team of SOG headed by SP Naresh Singh under the supervision of Jammu SSP Chandan Kohli and DIG Vivek Gupta immediately launched the Cordon And Search Operation along with local SHOs minutes after the attack.

Additional Director General of Police of Jammu Zone Mukesh Singh confirmed to the media one death of a personnel, and said the encounter started as terrorists tried to flee after the attack on the bus when the search party retaliated during the CASO.

"The CISF personnel retaliated effectively to the firing on the bus forcing the militants to run away. Then the area was cordoned off and a gun fight began between the holed up militants and the security forces," a CISF official said.

The slain ASI has been identified as SP Patel, while those injured include Head Constable Balraj Singh of Jammu police, SPO Sahil Sharma and two jawans of CISF -- Parmod Patra of Odisha and Amir Soran of Assam. All the injured have been shifted to hospital for treatment.

The operation is still underway.

Jammu Chief Education Officer ordered closure of 10 schools near the encounter site as a precautionary measure.

Mobile internet facility in adjoining areas were also snapped, said an official. Modi is scheduled to address a public gathering on Panchayati Raj Day on Saturday.