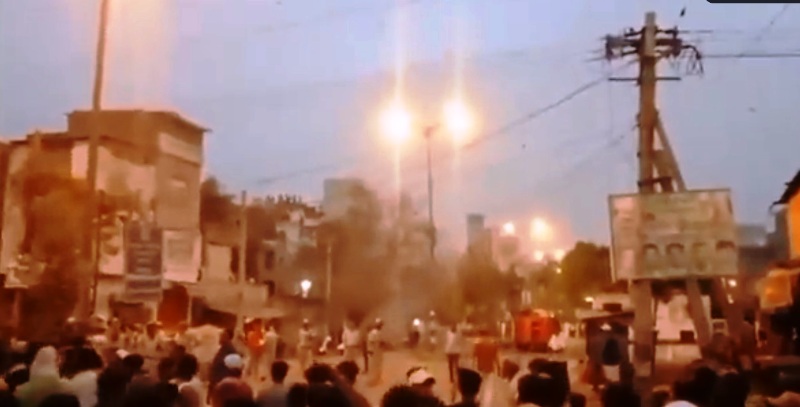 New Delhi/UNI: A Delhi court on Monday extended the police custody for two more days of Aslam and Ansar, who are the prime accused in the violence that erupted in Jahangirpuri area of Delhi during Hanuman Jayanti.

The Rohini court also sent four other accused to judicial custody for 14 days, they are among the 23 so far nabbed by the police in Saturday's violence.

The Delhi Police submitted before the court that Ansar and Aslam were aware of the Shobha Yatra on April 15 and then allegedly hatched a conspiracy.

The investigators are going through CCTV footage to identify others involved in the arson and attack that ensued over a small incident that triggered the violence in the Northwest Delhi area.

Police submitted that accused Mohammad Aslam fired a bullet that hit a Sub-inspector (SI) of Delhi Police and the pistol has been recovered from his possession.

Aslam has also been found to be involved in a case registered at the Jahangirpuri police station in 2020 under several sections of the IPC.

Police said before the Court that Ansar was also previously involved in two cases of assault and was arrested repeatedly under preventive sections and booked five times under Gambling Act & Arms Act.