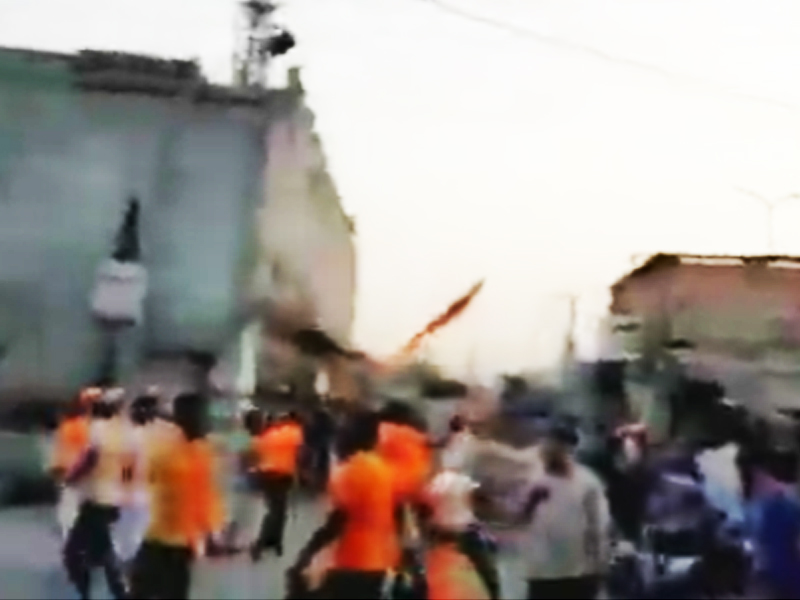 Stones were pelted at a procession taken out on Hanuman Jayanti and incidents of violence were also reported.

According to a Zee News report, at least six policemen have been injured and a bullet pierced the hand of one of the cops.

Visuals from the report showed groups of people pelting stones at each other and when police tried to intervene they were also attacked by the miscreants.

The home minister spoke to the commissioner of police and special commissioner (law and order) and directed them to take all necessary action following the Jahangirpuri violence, news agency PTI quoted sources as saying.

In order to control the situation, the Centre has deployed 200 Rapid Action Force (RAF) personnel along with Delhi Police.

The home ministry has given necessary directions to the Delhi Police and is keeping a close watch on the situation, the sources said, media reports stated.

Additional forces have been deployed in other sensitive areas apart from those adjoining Jahangirpuri, the reports said