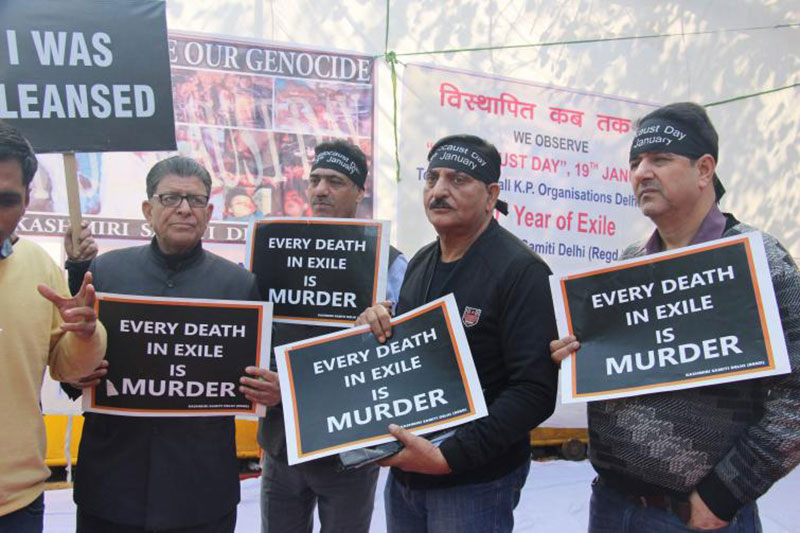 Srinagar: Kashmiri Pandit Sangharsh Samiti (KPSS) an apex body of the non migrant Pandits on Friday said some "vicious and ill minded persons who are using the cover of a particular religion are hell-bent on the annihilation of the religious minorities living in the Kashmir Valley."

The KPSS was responding to a "letter" threatening to kill “non believers” that surfaced in Veervan village of Baramulla in north Kashmir. The letter surfaced at a time when there have been a series of targeted attacks on migrant workers and local minorities in south Kashmir in the past few weeks. While condemning the issuance of the threat letter, the KPSS said the situation in Kashmir Valley is returning to what was in 1990.

"In 1990, killings lists were circulated in mosques and in 2022 these lists are circulated on the internet and social media, just modus operandi has changed but the mentality is the same as what we minorities faced in the early 1990s," KPSS said in a statement.

KPSS alleged that some vicious and "ill minded persons" who are using the "cover of a particular religion" are hell-bent on the "annihilation" of the religious minorities living in the Kashmir Valley. “...Every gunman known or unknown is a local person and their helping OGWs are also from our own Kashmiri society who create fake trust with religious minorities to collect details and help these gunmen to kill Kashmiri Pandits / Kashmiri Hindus living in Kashmir Valley,” the statement said.

Though these persons were always small in number, the collective silence maintained by the rest creates trust deficits with never ending voids between the communities,” the KPSS said.

It added the safety of minorities is at stake and the government is least bothered by the situation.

KPSS has appealed to all members of Kashmiri society to come clean on the issue and respond with an honest answer, whether they actually want the Kashmiri Pandits and Kashmiri Hindus who continued to live in Kashmir Valley or not , as the logistic support provided to these killers of humanity is provided by the locals only.