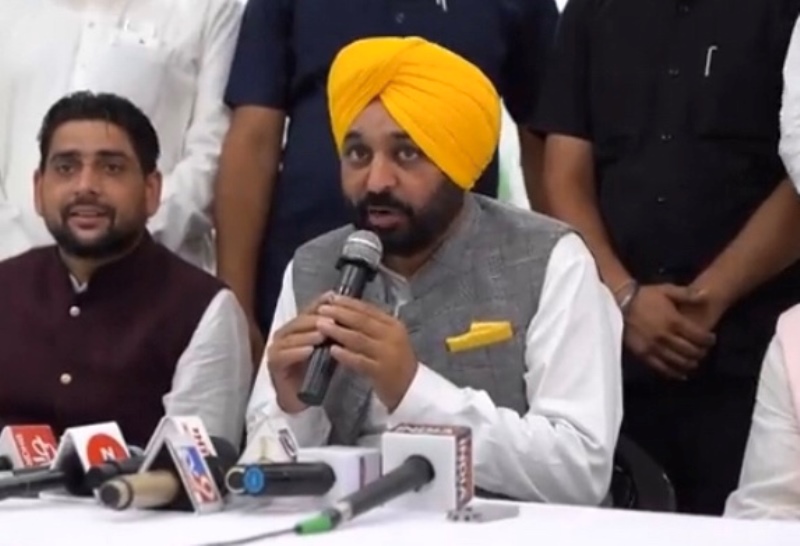 Jalandhar/UNI: Slamming the Opposition for making undue hue and cry over the issue of senior officers' meeting with AAP supremo and Delhi Chief Minister Arvind Kejriwal in the national capital recently, Punjab Chief Minister Bhagwant Mann said a few days ago senior officers of the state government had gone for training in New Delhi on his orders.

Mann said wherever needed he will send his officers to sharpen their administrative skills and expertise.

He said Delhi government's reform in education, health and power sector are unmatched adding that there is no harm in getting training from them.

This was stated by the Chief Minister while interacting with the media persons after attending a state level function to mark the 131st birth anniversary of Baba Sahib in the city on Thursday.

He categorically said the perpetrators of the post matric scholarship scheme will be soon behind the bars.

Mann said this is a heinous and unpardonable crime adding that culprits will not be spared at any cost.

He further said the key accused will be soon seen filing applications in court for better facilities in jails.

The Chief Minister ruled out any possibility of the state government purchasing any new vehicles for the Ministers.

He said the Opposition was baselessly spreading such canards in dearth of any issue against the state government.

He said that there was no such move by the state government.

Mann unequivocally said that every guarantee promised with the people will be fulfilled.