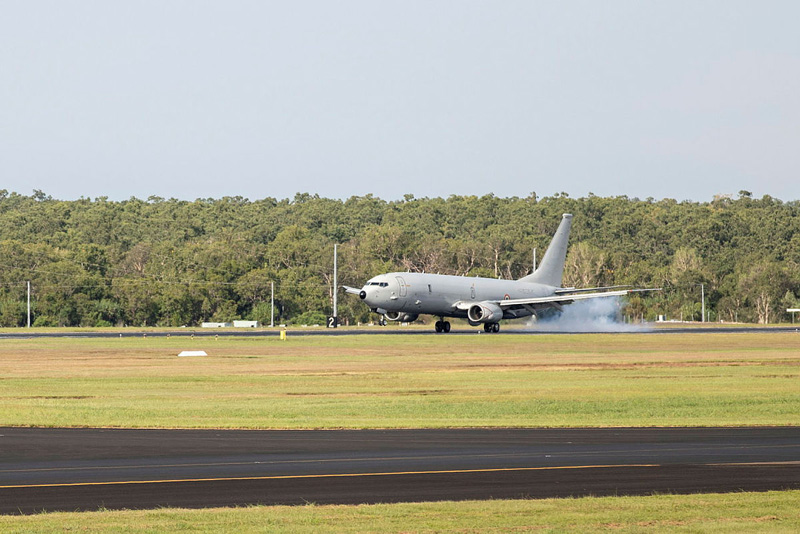 New Delhi/Darwin: A P8I Maritime Patrol and Reconnaissance Aircraft of the Indian Navy have arrived at Darwin, Australia.

The aircraft and its crew would be undertaking an operational turnaround at Darwin.

During its stay, the team from the Indian Navy's maritime patrol squadron, Albatross, is scheduled to engage with its counterparts from the 92 Wing of the Royal Australian Air Force, read a government statement.

P8 aircraft from both the countries, would be conducting coordinated operations in Anti-Submarine Warfare and surface surveillance, to enhance maritime domain awareness.

In recent times, increased interaction between the two maritime nations, through bilateral and multilateral exercises at sea, has enhanced inter-operability and fostered bridges of friendship.

The P8 aircraft, with their demonstrated long reach, have operated jointly during Malabar and AUSINDEX series of exercises, and have a common understanding of operating procedures and information sharing.

The maritime waters between Indonesia and Northern Australia is an area of mutual interest to both countries, being a gateway into the Indian Ocean Region. Both India and Australia share strategic interests, promoting a free and open Indo- Pacific and rules based order in the region.