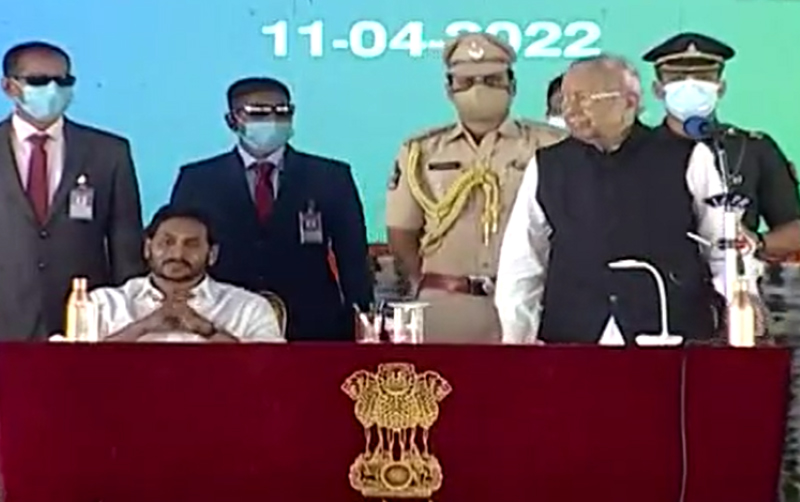 Governor Biswabhusan Harichandan administered the oath of office and secrecy to the new ministers at a function held near the Secretariat in Velagapudi.

Eleven members of the previous cabinet were retained.

Reddy after becoming the Chief Minister in May 2019, had said he would reshuffle the cabinet after two-and-half years of his tenure.

However, due to Covid-19 pandemic, it was delayed.

There are four women in Jagan's new cabinet. Assembly polls are expected in 2024.