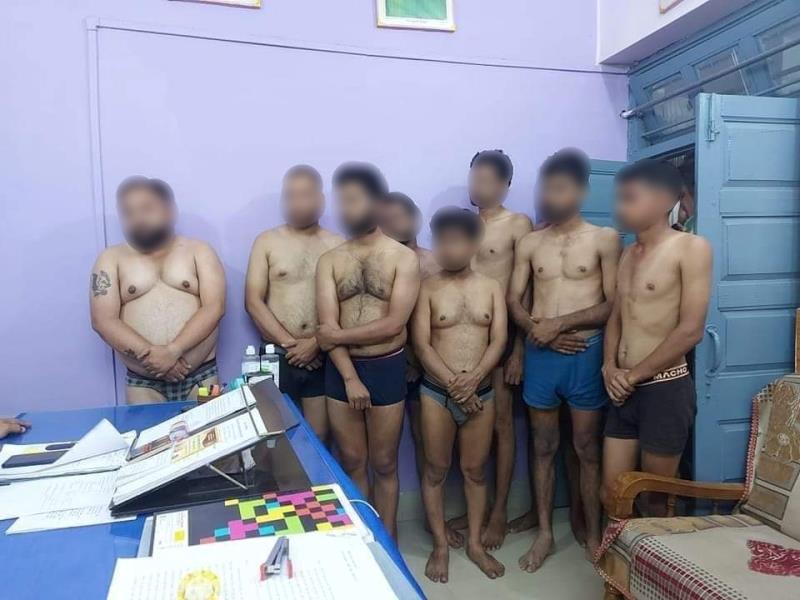 Madhya Pradesh: Journalist and YouTuber, who went to cover BJP MLA, 'asked to strip' by cops

Bhopal/IBNS: A journalist and a YouTuber, who went to cover a protest against a Madhya Pradesh Bharatiya Janata Party (BJP) MLA, have alleged that they were asked to strip by the state cops, media reports said.

In a post that has gone viral on social media, eight men including the journalist and the YouTuber were seen stripped down to their undergarments at a local police station.

The journalist and YouTuber have alleged that they were also abused and beaten up.

The journalist went to cover the protest against BJP MLA Kedarnath Shukla and his son Kedar Guru Dutt, who were accused of abusing a theatre artist Neeraj Kunder using a fake Facebook profile.

Kanishka Tiwari, the journalist, has alleged that he and his cameraperson were arrested and charged with several charges, NDTV reported.

Tiwari claimed he along with others were kept in custody for 18 hours.