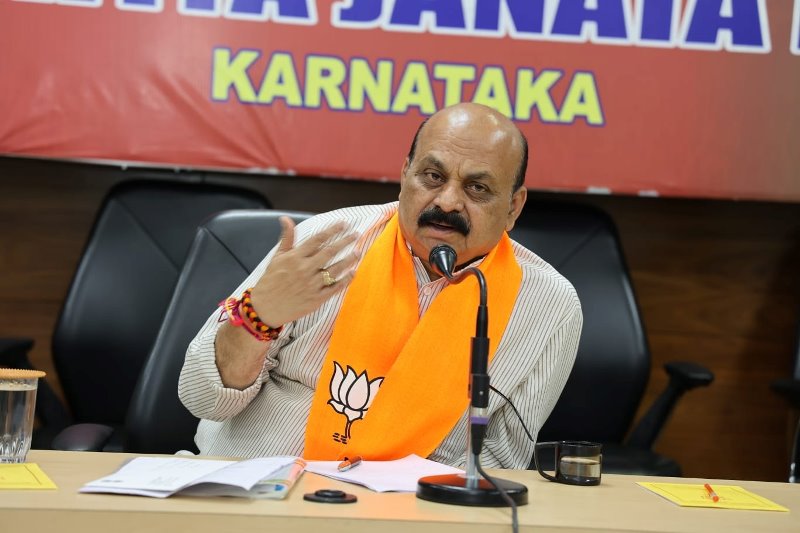 "Some forces are at work from the past to create unrest in the society by raking up issues against the state and national rules. The video clip, said to be of the Al Qaeda chief, is part of it," he told reporters here.

Reacting to leader of the Opposition Siddaramaiah's statement that RSS had a role behind the Al Qaeda statement, Bommai said there is no logic and basis for his statement.

"Why does Siddaramaiah get agitated if Al-Qaeda issues a statement? This is the basic question that arises," he said.

The Leader of Opposition in Karnataka Assembly Siddaramaiah said Zawahiri's purported video was engineered by the RSS.

"What is there for the CM to ascertain when he is armed with intelligence. It is the RSS which engineered the video and sent it to them (Al-Qaeda). It is all fake," he said.

In a video clip, Al-Qaeda chief Ayman Al-Zawahiri, who is rumoured to be dead, is seen reciting a poem in Arabic purportedly written on Muskan Khan who had confronted a group of students shouting "Jai Sri Ram" at the height of hijab row.

Mohammd Hussain Khan, Muskna's father, however, said he does not know who Zawahiri was and did not want any appreciation from the leader of a terror orgainsation.