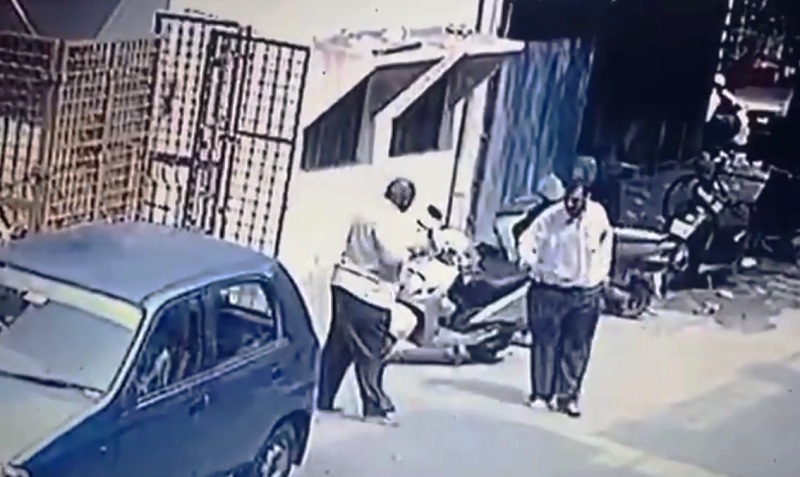 Bengaluru/IBNS: A businessman in Bengaluru has been arrested for setting his son on fire following an argument over the settlement of accounts, media reports said on Thursday.

The young man succumbed to his burn injuries in the hospital.

The incident took place in the Valmiki Nagar area of the city on April 1 and was caught on CCTV.

The footage, now viral on Twitter, first shows the victim Arpit coming out of a building. He could be seen drenched in some liquid, which the police later said was paint thinner (a spirit-based solvent).

Soon after, his father Surendra rushes out after him.

The young man is then seen pleading to his father, however, the man is in no mood to listen.

The 25-year-old then tries to stop his father who lights a matchstick and throws it at him.

The first attempt was unsuccessful but the second matchstick had set his clothes ablaze and following which Arpit is seen running from the spot with his clothes on fire.

Locals rushed to douse the fire and took the young man to Victoria Hospital.

He suffered 60 per cent burn injuries and battled for his life for two days. Arpit succumbed during treatment on Thursday morning.

The police arrested his father Surendra, who runs a fabrication business, based on a complaint filed by their neighbour.

According to reports, the argument began after Arpit, who was manning the shop, failed to give details of Rs. 1.5 crore on being asked by the father for the same.