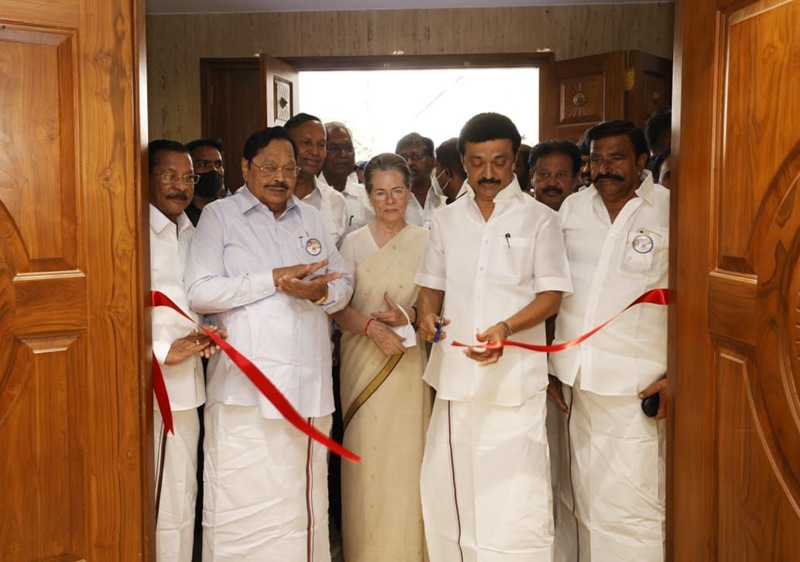 Leaders from the TMC, TDP, CPI, BJD and SAD were also among those present at the DMK office inauguration ceremony.

MK Stalin and Sonia Gandhi cut the ribbon for one of the sections of the office.

The Congress and the DMK are in alliance in Tamil Nadu.

TMC was represented by Mahua Moitra.

Several ministers in the Tamil Nadu government and MPs of the DMK from both Houses were also present.