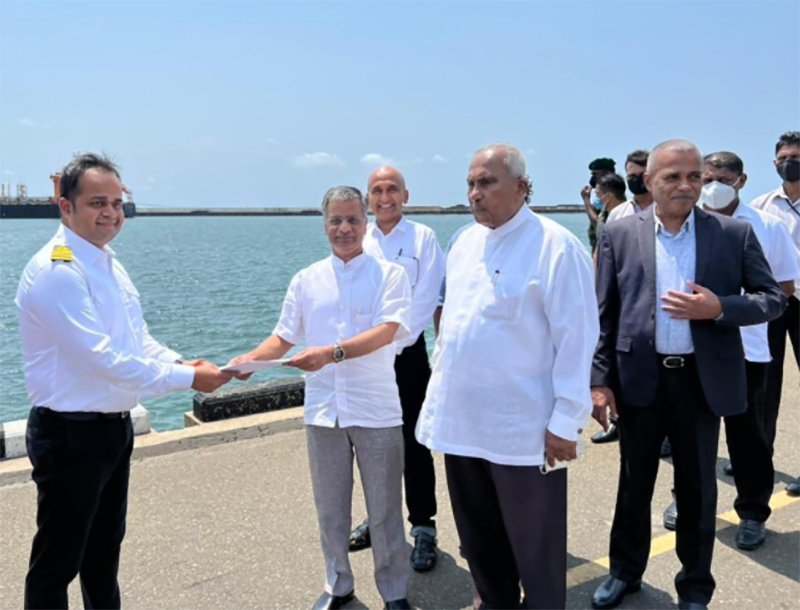 Colombo/New Delhi: Amid unrest over an acute shortage of essential commodities, including fuel and food, and a 32-hour-long curfew imposed by the authorities, India has sent a consignment of 40,000 metric tonnes of diesel and other goods to the island nation to help control the situation.

This is the fourth tranche of assistance India has given to Sri Lanka, which does not have enough foreign currency to import goods to maintain the supply of essentials.

The nation of 22 million people is facing its worst economic downturn since independence. Many people in the country are unable to buy their daily needs as shops are empty and there is no stock of fuel.

More fuel supplies delivered by #India to #SriLanka! A consignment of 40,000 MT of diesel under #Indian assistance through Line of Credit of $500 mn was handed over by High Commissioner to Hon'ble Energy Minister Gamini Lokuge in #Colombo today. (1/2) pic.twitter.com/j8S2IsOw29

As diesel, the main fuel which the public vehicles such as buses use, has been unavailable, the transportation system has collapsed.

Private bus operators, who account for two-thirds of Sri Lanka's fleet, have said they will not be able to provide even the minimum services as they don't have diesel.

On Thursday, the government imposed a power cut for 13 hours, the longest the country had witnessed since 1996 when the employees of the state power entity caused a blackout of 72 hours.