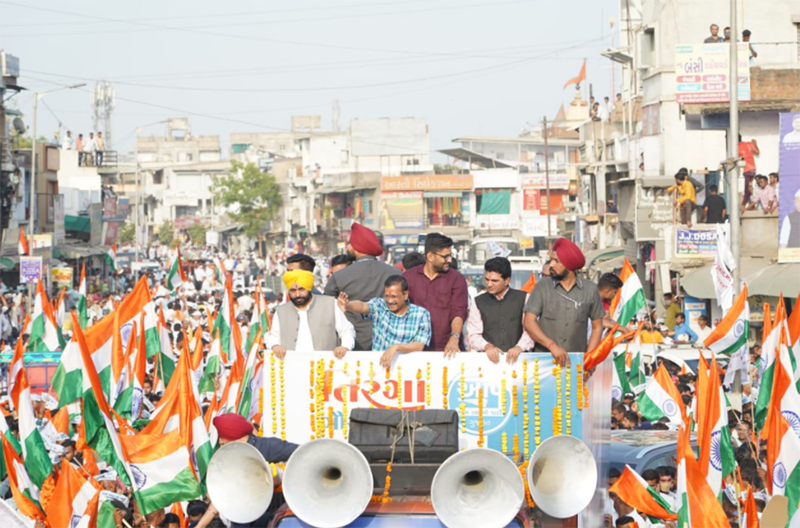 Gandhinagar/UNI: After sweeping the Punjab polls, the Aam Aadmi Party (AAP) has now moved its focus to Gujarat where assembly elections are due later this year, with Delhi Chief Minister Arvind Kejriwal reaching out to the people on Saturday, as he visited the state.

Kejriwal, along with Punjab Chief Minister Bhagwant Mann, visited the Sabarmati Ashram in Ahmedabad and also took out a roadshow, which they called the 'Tiranga Yatra'. Kejriwal appealed to voters in Gujarat to give his party a chance, just like Delhi and Punjab. "I am not here to criticise any party.

Along similar lines, Mann said, "Delhi and Punjab are sorted, now we are preparing for Gujarat".

Visiting the Gandhi museum at Sabarmati Ashram, the AAP leaders were also seen spinning a Charkha at 'Hriday Kunj', which used to be the residential quarters of Mahatma Gandhi and his wife Kasturba Gandhi.

In 2017, BJP won 99 seats and Congress won 77 in the 182-member Assembly. Since then, the numbers of Congress have gone down to 64 due to defections and defeat in the bypolls, while BJP has gone up to 112.