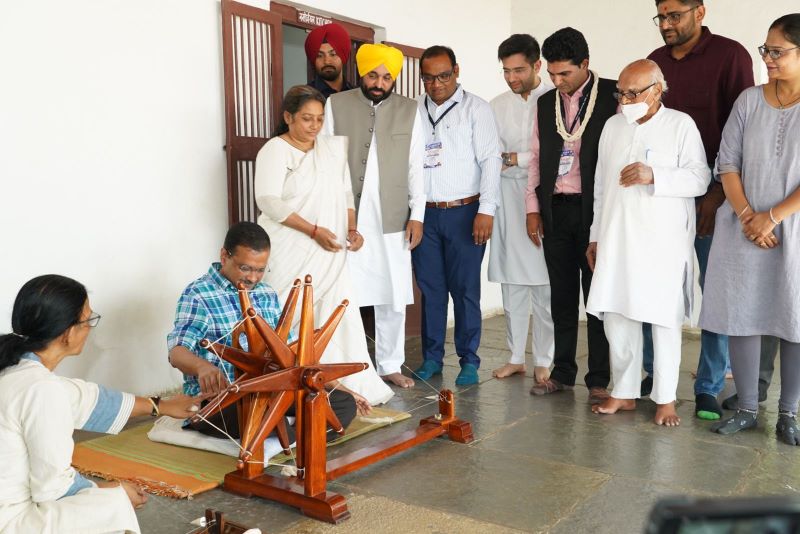 After decimating the Congress, AAP is eyeing to expand in several other states including Gujarat which will go to polls in late 2022.

Gujarat, the home state of Prime Minister Narendra Modi, has been ruled by the Bharatiya Janata Party (BJP) for more than 20 overs.

In Punjab, the AAP won by bagging 92 seats as opposed to Congress' 17.

Besides Gujarat, the AAP is aiming to enter into West Bengal, a bastion of Chief Minister Mamata Banerjee's Trinamool Congress.

"After achieving a thumping victory in Punjab, the Aam Aadmi Party is rapidly expanding bases throughout the country. In a significant development today, the party announced new office bearers for eight more States," a statement issued from AAP said.

"AAP has trusted its experienced leaders to drive its campaigns throughout the country. Senior leaders with proven electoral performances to their name have been appointed as election in-charge for the states the party is looking to enter," it added.