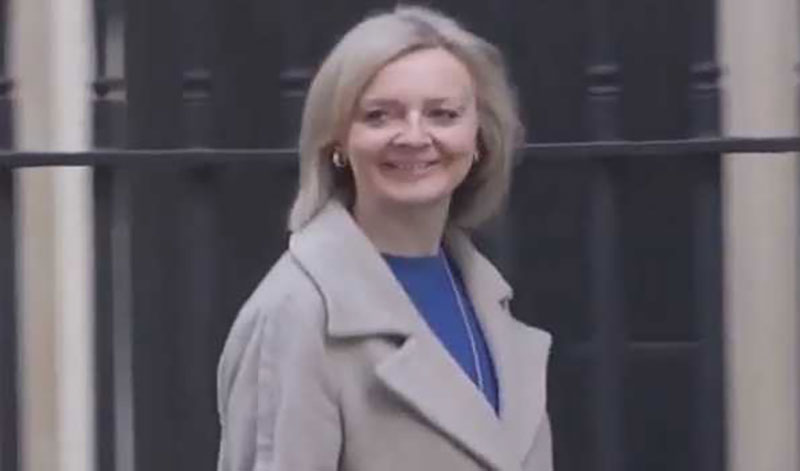 The UK Foreign Secretary's India visit is “part of a wider diplomatic push” by Britain over the Russian-Ukraine war, and during her talks with Jaishankar she “will say Russia's invasion of Ukraine underlines the importance of democracies working closer together to deter aggressors, reduce vulnerability to coercion and strengthen global security”, the UK Foreign Office said.

Her visit comes as the US Deputy NSA Daleep Singh is in India for talks, both bilateral and focused on the Ukraine issue.

Singh is the Biden administration's pointsman for designing the US sanctions on Russia.

Besides, the German NSA Jens Ploetner was in India on Wednesday to hold talks with Jaishankar and Foreign Secretary Harsh Vardhan Shringla over the Ukraine issue.

The UK Foreign Office said that Truss “wants to counter Russia's aggression and reduce global strategic dependence on the country ahead of key NATO and G7 meetings next week.”

Ahead of her visit, Truss said: “Deeper ties between Britain and India will boost security in the Indo-Pacific and globally, and create jobs and opportunities in both countries.

“This matters even more in the context of Russia's unprovoked invasion of Ukraine and underlines the need for free democracies to work closer together in areas like defence, trade and cyber security.

“India is an economic and tech powerhouse, the world's largest democracy and a great friend of Britain, and I want to build an even closer relationship between our two nations.”

She will also work to deepen cyber security and defence co-operation between the two countries, and will announce a new joint cyber security programme.

The UK and India will also agree to closer maritime co-operation in the Indo-Pacific.

This is her second trip to India as Foreign Secretary following her visit last October and her third as a Secretary of State in 13 months.

Since the 2030 Roadmap was agreed last year, the UK and India have launched free trade agreement (FTA) negotiations.

On her trip she will also confirm 70 million pounds of British International Investment (BII) funding to support renewable energy use in India.

This will help build renewable energy capacity and develop solar power in the region.

She will also confirm plans for a new platform to allow British investors to bid for green infrastructure, technology, and business opportunities in India.

Current volatility in oil and gas prices and energy security concerns, as a result of Russia's invasion of Ukraine, underscore the importance of India's green transition and move towards energy self-sufficiency, the statement said.

Truss and Jaishankar will address the India-UK Strategic Futures Forum later in the day to to set out their vision for the long-term relationship between the two countries. She will also confirm plans to hold the first Strategic Tech Dialogue, a ministerial-level summit on emerging technology.