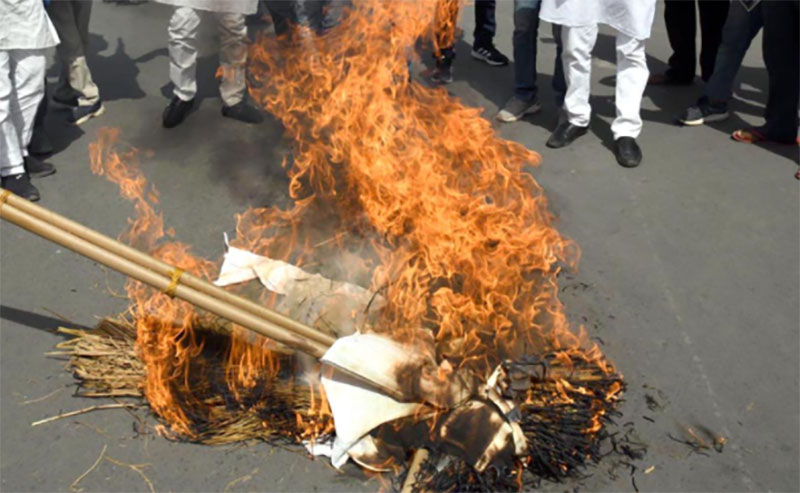 Srinagar: A group of Kashmiri Pandits on Saturday burnt the effigy of Farooq Ahmad Dar alias Bitta Karate in Srinagar.

Karate, a former JKLF militant commander, who is lodged in Tihar jail, is accused of killing many Kashmiri Pandits in early 1990s.

The Jammu and Kashmir Reconciliation Front, led by Sandeep Mawa burnt the effigy of Dar in Press Colony Srinagar today.

He said the protest was aimed to seek justice for Kashmiri Pandits.

After the release of Vivek Agnihotri's movie “ The Kashmir Files”, there is a growing demand for speedy justice to Kashmiri Pandits.

The plight of the Pandits have once again grabbed headlines ever since the release of the movie.