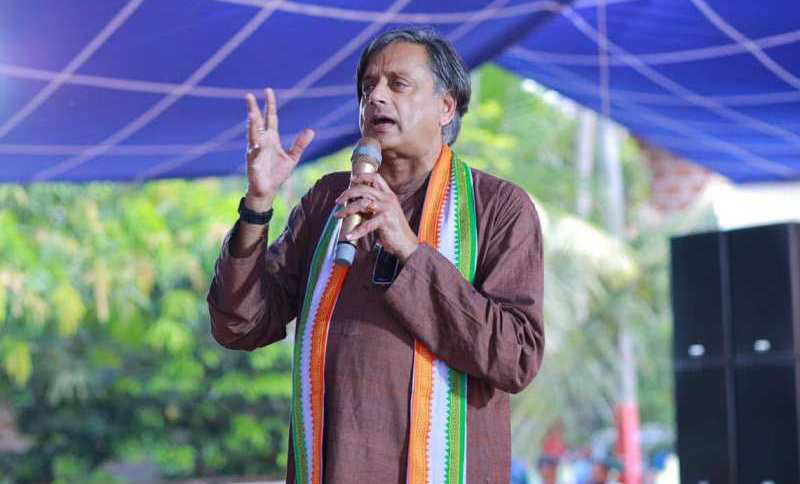 'Hope wisdom will prevail': Shashi Tharoor on being asked by Sonia Gandhi to not attend CPM event

Tharoor released a statement on his social media where he said that the organizers have been conveyed the decision of his "inability to participate" after consultation with Sonia Gandhi, which he "respects".

In the statement, he recounted that a similar invitation was extended to him earlier which he turned down after a discussion with Gandhi stating the same to be "a suitable decision... taken without media controversy".

He added that a similar procedure "could have been easily followed this time".

"I regret that some preferred the unseemly public airing of internal differences, thereby creating a needless controversy in a matter in which AICC's view was binding. I hope wisdom will prevail in future," Tharoor said.

The admonition was apparently meant for colleagues in the Congress in Kerala, who had flagged the issue to Sonia Gandhi at the party's parliamentary office in Delhi.

Besides Tharoor, KV Thomas and Mani Shankar Aiyar were invited to the CPM seminar.

The Congress, which competes with CPM traditionally for power in Kerala, had banned the attendance of memebers to the event.

Tharoor had earlier joined a meeting of the G-23 or the dissident members of the Congress after the poll debacle in five state elections that created quite a stir in the media.

In his statement, Tharoor also explained why he wanted to attend the meeting, pointing out that the topic "does not involve any matter of sensitivity in Kerala but is on "Centre-state relations" and there is no real difference of opinion" with the CPM, which is also a party with which the Congress has a "cooperative relationship nationally."

"The event sets a fine example of intellectual exchange of policy issues among 'anti-BJP opposition parties' which in principle should be encouraged," he added.

In a message for the party's Central leadership, he stated: "Broader questions of our relations with the CPM at the national level, the specific topic of Centre-state relations, and the manner in which invitations from other political parties should be handled, remain to be addressed separately."

He ended that statement by saying: "I hope wisdom will prevail in future."

Tharoor, an original signatory of the G-23 letter of the explosive letter to Sonia Gandhi demanding sweeping organisational changes, had attended the meeting at Ghulam Nabi Azad's home, where at least 18 leaders were present.