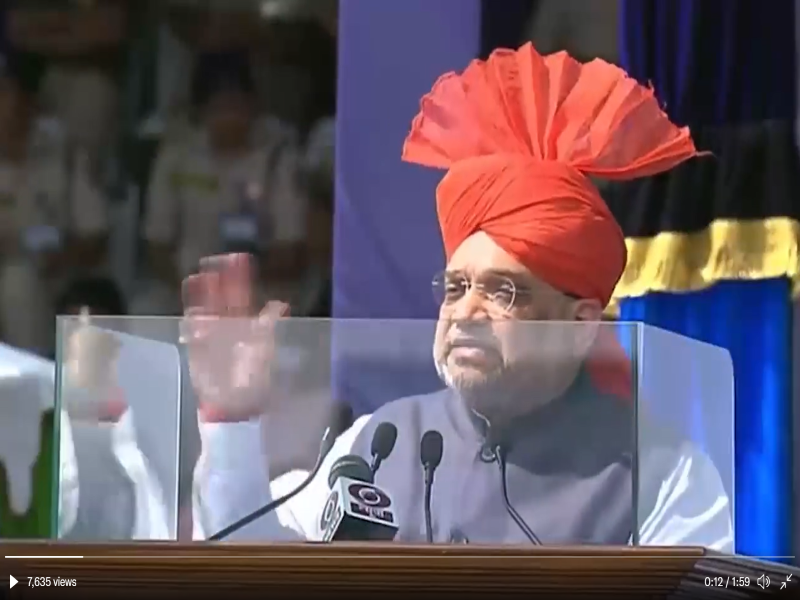 CRPF may no longer be needed in Jammu & Kashmir in next five years: Amit Shah

Srinagar: Home Minister Amit Shah on Saturday said in a few years' time the CRPF may no longer be needed in Jammu and Kashmir and northeast.

The resolve with which CRPF has been working in Kashmir, Naxal areas and Northeast, I'm confident that within next few years, in all three regions, we may not require use of CRPF and maintain complete peace in three regions. I'm confident. And if it happens, the whole credit goes to CRPF," Shah said Saturday at the 83rd raising day parade of the CRPF in Srinagar's Maulana Azad Stadium.

There is a huge deployment of CRPF, Army BSF, ITBP and SSB amid Pakistan-sponsored terrorist activities.

Shah said the central forces have played a "decisive control" of the fight against Pakistan-sponsored terrorism.

"I believe the biggest achievement after abrogation of 370 is security forces having a decisive control on terrorism," said Shah.

The Home Minister noted that the situation in the region has improved and stressed on democratisation at the grassroots level.