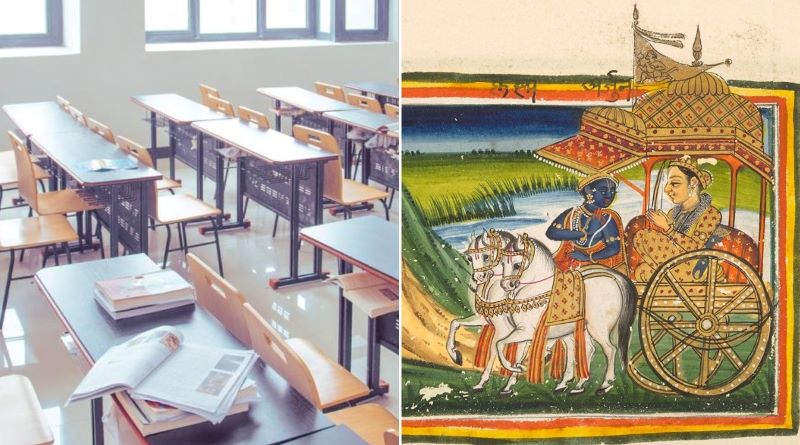 State Education Minister BC Nagesh has hinted at the introduction of Gita in school curriculum "to improve the morals of students".

"The Bhagavad Gita has been read by people for many years in this country. The Gita is read by all people and the book is translated in all the languages across the world. To improve the morale of students, we will discuss this with the academicians and experts first," said Nagesh as quoted by The Indian Express.

However, the minister has added that Gita will not be added to the curriculum in the ongoing academic year.

The development comes amid simmering tension in the state over the diktats banning the wearing of hijab or head scarves inside educational institutions, a move that has triggered protests by the Muslim community.