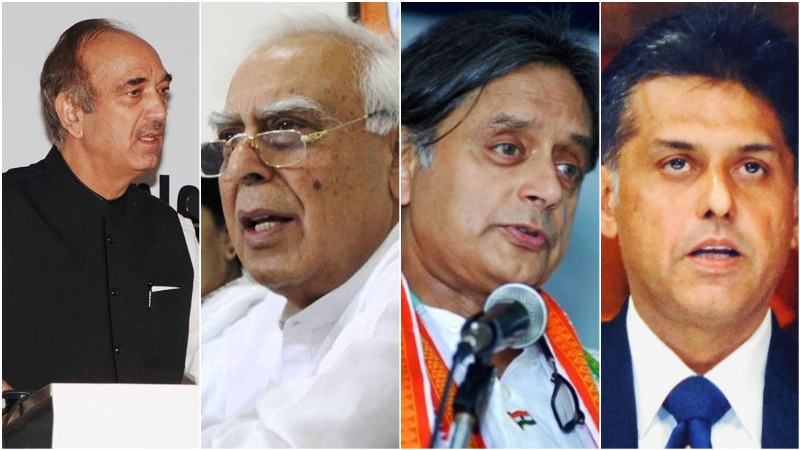 Among those attending were Kapil Sibal, Anand Sharma and Bhupinder Hooda.

The meet is expected to be a feedback session with Hooda meeting Rahul Gandhi earlier in the day.

According to an NDTV report, Hooda briefed Gandhi on the situation in Haryana and discussed how the party should be strengthened in the state.

Hooda is the first leader from the rebel group to meet with one of the three Gandhis after the meeting which focused on the alleged wrong decisions made by the first family of the Congress causing the recent poll debacle.

It is to be noted that Hooda is engaged in a feud with Haryana Congress chief Selja Kumari, who is believed to be close to the Gandhis.

The report said the G-23 dissidents and some new entrants to the party pitched for a "collective, inclusive leadership" in Monday's meeting.

The "G-23" or group of dissident leaders within the party met at Ghulam Nabi Azad's home in Delhi on Tuesday too amid calls for a complete change in leadership.