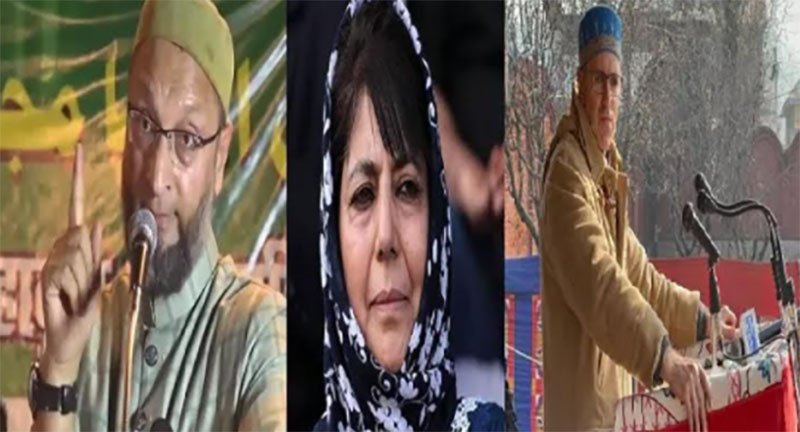 The decision "is deeply disappointing. On one hand we talk about empowering women, yet we are denying them the right to a simple choice. It isn't just about religion but the freedom to choose", said Peoples Democratic Party (PDP) leader Mufti, a former Jammu and Kashmir Chief Minister.

National Conference leader and another former Jammu and Kashmir Chief Minister Omar Abdullah added, "Very disappointed by the verdict... Regardless of what you may think about the hijab, it's not about an item of clothing, it's about the right of a woman to choose how she wants to dress.

"That the court didn't uphold this basic right is a travesty."

Owaisi hoped the petitioners would approach the Supreme Court against the High Court ruling and went on to give several reasons to back his assertion that the ruling was in bad faith.

He said the ruling "has suspended fundamental rights to freedom of religion, culture, freedom of speech and expression".

Owaisi added, "Not even other people of the same religion have the right to decide essentiality. It is between the individual and God. The State should be allowed to interfere in religious rights only if such acts of worship harm others. Headscarf does not harm anyone."

The Hyderabad MP said that banning headscarf definitely harms devout Muslim women and their families as it prevents them from accessing education.

"The excuse being used is that uniform will ensure uniformity. How? Will kids not know who's from a rich or poor family? Do caste names not denote background?

"When Ireland changed the rules for police uniform to allow hijab and Sikh turban, the Modi government welcomed it. So why double standards at home and abroad? Hijab and turbans of the uniform's colours can be allowed to be worn," he said.

"I hope this judgement will not be used to legitimise harassment of hijab wearing women. One can only hope and eventually be disappointed when this starts happening to hijab wearing women in banks, hospitals and public transport."